What is Earth Day?

What is Earth Day? 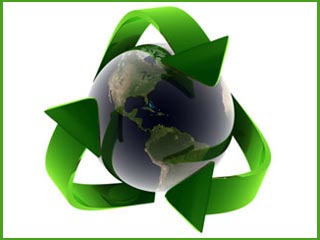 The history of Earth Day mirrors the growth of environmental awareness over the last few decades (©iStockphoto.com)

Washington -- Earth Day, April 22, is the annual U.S. celebration of the environment and a time for Americans to assess the work still needed to protect the natural gifts of our planet. Earth Day has no central organizing force behind it, though several nongovernmental organizations work to keep track of the thousands of local events in schools and parks that mark the day. It affirms that environmental awareness is part of the country's consciousness and that the idea of protecting the environment -- once the province of a few conservationists -- has moved from the extreme to the mainstream of American thought.

This was not always the case. In the 19th century, Americans, blessed with a vast land rich in natural resources, lived with the notion that fresh fields were always just over the horizon. When one exhausted the soil or forests or coal of a given place, it was possible to move on to another. As industry boomed in the early 20th century people accepted without question skies blackened from smokestack emissions and rivers fouled with industrial waste. As early as the mid-1930s -- and again in the 1950s -- Ohio's Cuyahoga River, running through America's industrial heartland, was set ablaze by burning chemical waste from factories built upon its banks. There was no public outcry. Few people even noticed.

During the 1960s public attitudes began to change. In 1962 a marine biologist named Rachel Carson published Silent Spring. The title referred to a future without birds and described in plain language devastating long-term effects of highly toxic pesticides and other chemical agents then commonly used in American agriculture, industry and daily life. The book was a surprise bestseller. (See "Rachel Carson: Pen Against Poison.")

In 1968 Apollo astronauts, returning from their pioneering orbital flight around the moon, photographed the planet Earth as a whole for the first time. This image of the Earth -- small, fragile, beautiful, and unique -- quickly was imprinted on the psyches of millions. In 1969 industrial runoff in the Cuyahoga River again caught fire. This time the public reaction was immediate and intense. Cleveland, where the fire occurred, became a national laughing-stock, and the satirical song "Burn On, Big River, Burn On" was heard on radios across the country. In that same year the U.S. Congress passed the National Environmental Policy Act (NEPA), establishing a "national policy which will encourage productive and enjoyable harmony between man and his environment."

Concurrent with this slow building of environmental awareness was the increasingly vocal opposition to U.S. involvement in the war in Vietnam. Public demonstrations against the war -- particularly on college campuses -- gave impetus to the idea that organized challenges to the "status quo" could in fact change public policy and behavior.

Gaylord Nelson, a U.S. senator from Wisconsin and a longtime conservationist, was one who understood that the methods developed for use in the anti-war protest could succeed in other areas as well. "At the time," Nelson later wrote, "there was a great deal of turmoil on the college campuses over the Vietnam War. Protests, called anti-war teach-ins, were being widely held on campuses across the nation… It suddenly occurred to me, why not have a nationwide teach-in on the environment? That was the origin of Earth Day."

Nelson returned to Washington and began promoting Earth Day to state governors, mayors of big cities, editors of college newspapers and, importantly, to Scholastic Magazine, which is circulated in U.S. elementary and secondary schools. In September 1969, Nelson formally announced that there would be a "national environmental teach-in" sometime in spring 1970. "The wire services carried the story nationwide," recalled Nelson. "The response was dramatic... Telegrams, letters, and telephone inquiries poured in from all over the nation. Using my Senate staff, I ran Earth Day activities out of my office. By December, the movement had expanded so rapidly that it became necessary to open an office in Washington to serve as a national clearinghouse for Earth Day inquiries and activities...

"Earth Day achieved what I had hoped for. The objective was to get a nationwide demonstration of concern for the environment so large that it would shake the political arena. It was a gamble, but it worked. An estimated 20 million people participated in peaceful demonstrations all across the country. Ten thousand grade schools and high schools, two thousand colleges, and one thousand communities were involved... That was the remarkable thing that became Earth Day."

Groundbreaking federal legislation followed the success of the first Earth Day. The U.S. Environmental Protection Agency was established in 1970, followed by the Clean Air Act, the Clean Water Act of 1972, and the Endangered Species Act of 1973. Among the many far-reaching provisions of these bills was the requirement that automobiles use unleaded gasoline, achieve a minimum number of miles-per-gallon of gasoline and be equipped with catalytic converters to reduce the amount of toxic fumes released by automobile exhaust.

Then, in the wake of this legislative success, Earth Day seemed to disappear. Though annual celebrations continued, they failed to match the size and enthusiasm of the first year. Earth Day seemed to have become a relic of the protest days of the early 1970s.

Yet the spirit of Earth Day continued. Environmental organizations grew in size and power. Groups such as Greenpeace, formed in Canada in 1971, adopted principles of nonviolent civil disobedience to raise public consciousness about dwindling whale populations and the risks of nuclear power. The Nature Conservancy, formed in 1951, rededicated itself in the early 1970s to the "preservation of natural diversity" and began to buy undeveloped land for use as nature preserves. Venerable institutions such as the Sierra Club and the National Audubon Society vigorously brought suits against logging companies to slow the destruction of old-growth forests. Funded by public contributions and staffed with lawyers and educators as well as scientists and naturalists, nongovernmental organizations (NGOs) became aggressive watchdogs for the environment.

At home, Americans, often prompted by their children, began to separate their household trash for recycling. By the late 1980s recycling programs were established in many communities. By the mid-1990s these municipal recycling programs were paying for themselves, the amount of trash dumped into landfills was in noticeable decline, and more than 20 percent of America's municipal trash was being converted into useful products. Corporations, ever conscious of the desires of the consumer -- and the bottom line of profits -- began to promote themselves as being environmentally friendly. Many firms adopted sensible business practices that increased efficiency and reduced the amounts of industrial waste.

Earth Day came back in a big way in 1990. Led by Dennis Hayes, a primary organizer of the first Earth Day, Earth Day 1990 was international in scope. More than 200 million people around the world -- 10 times the number in 1970 -- participated in events that recognized that the environment had finally become a universal public concern. The global momentum continued in 1992 at the United Nations Conference on Environment and Development (UNCED), held in Rio de Janiero, Brazil, where an unprecedented number of governments and NGOs agreed on a far-ranging program to promote sustainable development.

The 25th anniversary of the first Earth Day in 1995 was a time to assess environmental progress. In Western countries the news seemed good -- air and water were cleaner, forests were expanding and many other environmental indicators were up as well. The sometimes volatile combination of legislation, lawsuits brought by NGOs, public education and more efficient business practices had made a noticeable and positive effect on the condition of the environment.

But there were conflicting views on just how good this news was. Environmental reporter Gregg Easterbrook wrote in The New Yorker magazine that environmental laws "along with a vast array of private efforts spurred by environmental consciousness... have been a stunning success... Environmental regulations, far from being burdensome and expensive, have proved to be strikingly effective, have cost less than anticipated, and have made the economies of the countries that have put them into effect stronger, not weaker."

Environment magazine, a leading NGO journal, offered a gloomier assessment: "Earth Day... has neither spawned a permanently active citizenry nor transformed the general malaise that undermines faith in democratic accountability. Although environmentalism has made great strides since 1970, institutionally as well as in public consciousness, environmental security... today remains even more elusive than 25 years ago."

What began in 1970 as a protest movement has evolved into a global celebration of the environment and commitment to its protection. The history of Earth Day mirrors the growth of environmental awareness over the last few decades, and the legacy of Earth Day is the certain knowledge that the environment is a universal concern.

(This is a product of the Bureau of International Information Programs, U.S. Department of State. Web site: http://www.america.gov)