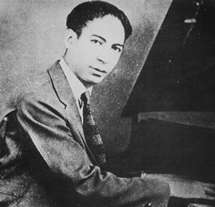 Jazz, much of it created and played by black musicians, is an important part of African-American cultural history as well as the social history of New Orleans.

As told at the New Orleans Jazz National Historic Park, it is a story rich with innovation, experimentation, controversy and emotion. The park provides an ideal setting to share the cultural history of the people and places that helped shape the development and progression of jazz in New Orleans.

Features of the park include walking tours, concerts and educational programs.

New Orleans' unusual history, its unique outlook on life, its rich ethnic and cultural makeup, and the resulting cultural interaction set the stage for development and evolution of many distinctive traditions. The city is famous for its festivals, foods, and, especially, its music. Each ethnic group in New Orleans contributed to the very active musical environment in the city, and in this way to the development of early jazz.

The roots of jazz were largely nourished in the African-American community but became a broader phenomenon that drew from many communities and ethnic groups in New Orleans. "Papa" Jack Laine's Reliance Brass Bands, for instance, were integrated before segregation pressures increased

Repressive segregation laws passed in the 1890s (as a backlash to Reconstruction) increased discrimination toward anyone with African blood and eliminated the special status previously afforded Creoles of color. These changes ultimately united black and Creole of color musicians, thus strengthening early jazz by combing the uptown improvisational style with the more disciplined Creole approach.

Sometime before 1900, African-American neighborhood organizations known as social aid and pleasure clubs also began to spring up in the city. Similar in their neighborhood orientation to the mutual aid and benevolent societies, the purposes of social and pleasure clubs were to provide a social outlet for its members, provide community service, and parade as an expression of community pride. This parading provided dependable work for musicians and became an important training ground for young musical talent.

New Orleans jazz began to spread to other cities as the city's musicians joined riverboat bands and vaudeville, minstrel, and other show tours.

Jelly Roll Morton, an innovative piano stylist and composer, began his odyssey outside of New Orleans as early as 1907. The Original Creole Orchestra, featuring Freddie Keppard, was an important early group that left New Orleans, moving to Los Angeles in 1912 and then touring the Orpheum Theater circuit, with gigs in Chicago and New York. In fact, Chicago and New York became the main markets for New Orleans jazz. Tom Brown's Band from Dixieland left New Orleans for Chicago in 1915, and Nick LaRocca and other members of the Original Dixieland Jazz Band headed there in 1916.

Perhaps the most significant departure from New Orleans was in 1922 when Louis Armstrong was summoned to Chicago by King Oliver, his mentor. Louis Armstrong swung with a great New Orleans feeling, but unlike any of his predecessors, his brilliant playing led a revolution in jazz that replaced the polyphonic ensemble style of New Orleans with development of the soloist's art.