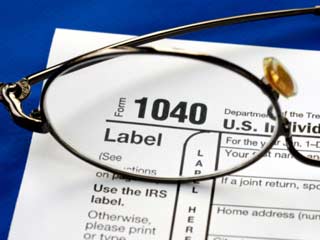 For anyone not familiar with the inner workings of tax administration, the array of IRS guidance may seem, well, a little puzzling at first glance. To take a little of the mystery away, here's a brief look at seven of the most common forms of guidance.

In its role in administering the tax laws enacted by the Congress, the IRS must take the specifics of these laws and translate them into detailed regulations, rules and procedures. The Office of Chief Counsel fills this crucial role by producing several different kinds of documents and publications that provide guidance to taxpayers, firms and charitable groups.

A regulation is issued by the Internal Revenue Service and Treasury Department to provide guidance for new legislation or to address issues that arise with respect to existing Internal Revenue Code sections. Regulations interpret and give directions on complying with the law. Regulations are published in the Federal Register. Generally, regulations are first published in proposed form in a Notice of Proposed Rulemaking (NPRM). After public input is fully considered through written comments and even a public hearing, a final regulation or a temporary regulation is published as a Treasury Decision (TD), again, in the Federal Register.

A revenue ruling is an official interpretation by the IRS of the Internal Revenue Code, related statutes, tax treaties and regulations. It is the conclusion of the IRS on how the law is applied to a specific set of facts. Revenue rulings are published in the Internal Revenue Bulletin for the information of and guidance to taxpayers, IRS personnel and tax professionals. For example, a revenue ruling may hold that taxpayers can deduct certain automobile expenses.

A revenue procedure is an official statement of a procedure that affects the rights or duties of taxpayers or other members of the public under the Internal Revenue Code, related statutes, tax treaties and regulations and that should be a matter of public knowledge. It is also published in the Internal Revenue Bulletin. While a revenue ruling generally states an IRS position, a revenue procedure provides return filing or other instructions concerning an IRS position. For example, a revenue procedure might specify how those entitled to deduct certain automobile expenses should compute them by applying a certain mileage rate in lieu of calculating actual operating expenses.

A private letter ruling, or PLR, is a written statement issued to a taxpayer that interprets and applies tax laws to the taxpayer's specific set of facts. A PLR is issued to establish with certainty the federal tax consequences of a particular transaction before the transaction is consummated or before the taxpayer's return is filed. A PLR is issued in response to a written request submitted by a taxpayer and is binding on the IRS if the taxpayer fully and accurately described the proposed transaction in the request and carries out the transaction as described. A PLR may not be relied on as precedent by other taxpayers or IRS personnel. PLRs are generally made public after all information has been removed that could identify the taxpayer to whom it was issued.

A technical advice memorandum, or TAM, is guidance furnished by the Office of Chief Counsel upon the request of an IRS director or an area director, appeals, in response to technical or procedural questions that develop during a proceeding. A request for a TAM generally stems from an examination of a taxpayer's return, a consideration of a taxpayer's claim for a refund or credit, or any other matter involving a specific taxpayer under the jurisdiction of the territory manager or the area director, appeals. Technical Advice Memoranda are issued only on closed transactions and provide the interpretation of proper application of tax laws, tax treaties, regulations, revenue rulings or other precedents. The advice rendered represents a final determination of the position of the IRS, but only with respect to the specific issue in the specific case in which the advice is issued. Technical Advice Memoranda are generally made public after all information has been removed that could identify the taxpayer whose circumstances triggered a specific memorandum.

A notice is a public pronouncement that may contain guidance that involves substantive interpretations of the Internal Revenue Code or other provisions of the law. For example, notices can be used to relate what regulations will say in situations where the regulations may not be published in the immediate future.

An announcement is a public pronouncement that has only immediate or short-term value. For example, announcements can be used to summarize the law or regulations without making any substantive interpretation; to state what regulations will say when they are certain to be published in the immediate future; or to notify taxpayers of the existence of an approaching deadline.