Study: Most Sleep-Deprived Careers In The U.S. (The Last One May

Study: Most Sleep-Deprived Careers In The U.S. (The Last One May Surprise You) 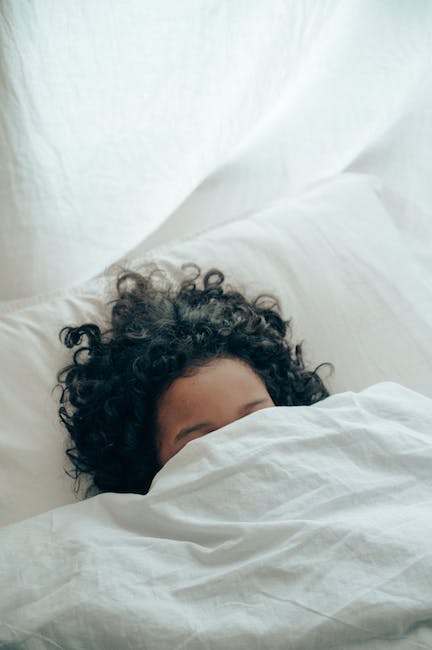 Despite the many benefits of a good night’s sleep, the unfortunate reality is that most of us just aren’t sleeping enough. For many people, there’s one main culprit: their jobs. Some of the most sleep-deprived careers in the U.S. are so demanding that employees are either constantly thinking about their jobs or work too many hours to get the sleep they really need. But sleep deprivation can have a devastating impact on mental and physical health.

Sleep deprivation has become increasingly prevalent in the U.S., to the extent that the Centers for Disease Control and Prevention has classified sleep disorders as a public health epidemic.

After pulling just one all-nighter, you might notice that you feel exhausted, disoriented, and just generally worse for wear. The effects of prolonged sleep deprivation can be similar but on a more significant scale. Some of the consequences of lack of sleep include:

Sleeping Habits In The U.S.

Ideally, every adult should be getting at least 7 hours of sleep every night. But according to a report by the CDC, 30% of employed adults in the U.S. (roughly 40 million workers) typically only sleep 6 hours or less. Though alarming, it’s not entirely surprising that many working professionals aren’t getting the sleep they need.

If there’s one takeaway from the most sleep-deprived careers, it’s that the American work culture rewards those who work long hours and prioritize professional responsibilities over everything else. They’re called “go-getters” and “dynamos,” but the praise is rarely worth suffering from the dangers of sleep deprivation.

Though millions of workers are sleep-deprived, sleep is essential for brain health. Getting sufficient rest can boost creativity and productivity, which means that running low on sleep can actually get in the way of optimal job performance.

In fact, the effects of sleep deprivation aren’t just detrimental to health; they also have a financial cost. Harvard scientists estimate that lack of sleep costs the American economy $62.3 billion per year in lost productivity. Not only that, but 60% of adults admit to being drowsy while driving. The National Highway Traffic Safety Administration estimated 100,000 police-reported crashes are directly caused by sleep deprivation.

How Sleep Is Affected By Our Work & Lifestyle Habits — Survey Results We surveyed 700 professionals to understand their careers, routines, lifestyles, and sleeping habits to determine the most sleep-deprived careers in the U.S. While 56% of respondents work during the day, 32% have flexible shifts, rotating between day and night.

One of the most shocking findings was that out of the 700 surveyed for the most sleep-deprived careers, only 6% reported sleeping 8 or more hours on a typical night. An overwhelming majority of 83% said they had a tough time falling asleep because their minds raced all night, occupied by thoughts about work and other matters.

Because 75% of workers said they have a hard time falling asleep, many of them require support to fall asleep. While 38% said they use over-the-counter supplements and medications to fall asleep (CBD, melatonin, vitamins, etc.), 25% rely on prescription sleep aids. Another 25% said they meditate most nights to help them fall asleep. Busy schedules and lack of sleep also mean that 40% of working professionals drink 3 or more cups of coffee in a day to stay awake.

In addition to a high rate of caffeine consumption, workers aren’t able to practice the best sleep hygiene habits, likely because of hectic work schedules. An alarming 76% said they use their phones before falling asleep, which might explain why 48% spend over an hour trying to fall asleep. The blue light doesn’t just interfere with sleep quality, but it can also increase the duration it takes to fall asleep.

Blue light is known for being disruptive at night because it suppresses the production of the sleep hormone melatonin, making it difficult to fall asleep. Even though the general recommendation is to avoid all screens at least 30 minutes before bed, 66% of workers also said they watch TV before falling asleep. Not all jobs are created equally. Some require employees to work upwards of 50 hours a week, meaning they rarely get to hit the snooze button.

Here, we take a look at some of the most sleep-deprived jobs to understand how many hours of sleep workers get and how they cope without it. There are perks to climbing up the ranks, but one of the downsides of being a manager is that they simply don’t get enough sleep. Nearly half (48%) of the managers surveyed use over-the-counter supplements, such as melatonin, or prescribed sleep aids to help them fall asleep, while more than half rely on caffeine to help them get through the day.

Perhaps one of the main reasons why being a manager is one of the most sleep-deprived careers is that a large proportion of managers work more than 40 hours in a typical work week, which doesn’t afford them the time to follow a night routine or sleep at a decent hour.

Many managers also feel their company culture doesn’t encourage them to get enough rest, and when they do try to fall asleep, 83% say they have a hard time falling asleep because they’re thinking about work and other outside factors. Of the five professions, nursing is one of the most sleep-deprived careers. 85% of nurses have trouble falling asleep because they’re thinking about work, which is higher than the percentage for managers. Nurses get the least sleep, and more than half (55%) get only 5 hours of sleep per night. Nurses are often required to work long shifts and work even during the weekends, which might make it challenging for them to stick to a regular sleep schedule.

An overwhelming majority have a tough time falling asleep because they’re thinking about work, while half of them feel they get less than average sleep compared to others in their industry and profession. 80% of nurses also rely on caffeine to get through their day, with 30% choosing soda as their caffeine drink of choice.

On the positive side, 65% of nurses said they follow a night routine to help them fall asleep and use meditation and relaxation apps to help them unwind before bed. 94% of production workers said they have a hard time falling asleep because their minds are racing with thoughts about work.

Nearly half (48%) use prescription sleep aids to help them fall asleep. Production workers often follow flexible schedules, alternating between day and night. In fact, 25% of production workers work flexible shifts. This means they’re more likely to suffer from shift work sleep disorder, which could explain why the vast majority have trouble falling asleep. However, 95% of computer engineers and IT employees have a hard time falling asleep, and 74% use over-the-counter medications and supplements to help them fall asleep on most nights. 53% drink three or more caffeine drinks per day. Out of those, 60% drink coffee, while 30% drink tea (green tea, black tea, etc.). Unlike IT, 69% of teachers felt they didn’t have a good work-life balance and 74% said they don’t feel like their employers and company culture don’t give them the tools and encouragement to get enough rest.

Teachers also felt like they sleep less than their coworkers, with several saying that they only get 5 hours of sleep every night. 32% of teachers use meditation to help them fall asleep on most nights. However, many teachers said they spend more than an hour trying to fall asleep, making teaching one of the most sleep-deprived careers out there.

Check out The 5 Most Sleep-Deprived Careers In The U.S [Infographic] here.

You might have one of the most sleep-deprived careers, but that doesn’t mean you have to brave the sleepless nights and daytime grogginess. Here are some ways to prevent sleep deprivation to ensure you feel like your best self on the job.

A good night’s sleep and productivity go hand in hand. The more well-rested you are, the better you’re likely to perform at work. So, if your job falls under the most sleep-deprived careers, it’s important to prioritize your sleep health and practice healthy sleep hygiene habits to boost productivity and minimize errors.