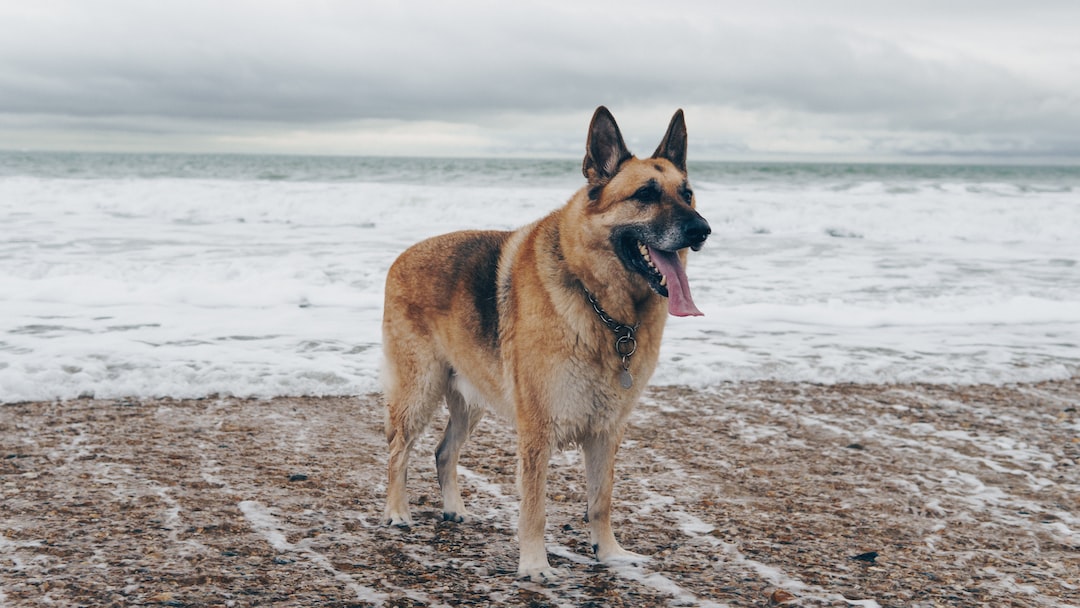 As a dog owner or someone who has lived in a household with a pet dog, it is common knowledge that every now-and-again a dog may follow their instinct and take a disliking to a friend, stranger, or even just the postman. There won’t always be an apparent reason why your dog has shown such negativity towards them, and at points, it can even be a little embarrassing. Nevertheless, although it won’t always be obvious why your pet dog has reacted in such a way, reasons are abundant why your dog might be behaving like this. Acting upon their instinct, dogs will have strong confidence in both their intuition, picking-up good vibes, bad vibes, and the energy around them.

Like humans, dogs are highly observant and respond to different body language, vocal intonation, and energy. Eye-contact can have a substantial impact on a dog. With dogs, direct eye-contact can be perceived as both intimidating and threatening to them. Therefore, by showing slight vulnerability in your energy and being less direct with warmer energy, such as looking slightly to the left or the right, this will make a better impression.

When you first forge a relationship with a dog, the way you physically interact with it and your “vibration” are also of equal importance. Dogs do not take kindly to being stepped over, rough contact, negativity, or swift movements. Although fast body movements can be associated with playtime, this type of interaction is initially not advised. Over time and once a relationship has been built, dogs will have invested trust and respect. They will distinguish between playtime and the fast movement and energy’s intentions: resulting in a happy friendship.

Dogs are very attuned to pitch and sound, and dog’s brains react positively to a high-pitched voice. The more upbeat your tone of voice is, the more positive energy and positive vibes this will exude to a dog. Extremely loud or harsh noises can startle and frighten dogs and create anxiety. If the dog is not well-acquainted with your personality, then it is likely that a dog may shy away from you. When you are not a dog’s owner, and you do not have any authority over a dog, shouting at it will not create good vibes between you both. Likely the dog will not respect you for this behavior either.

Dogs will pay attention to how humans interact with them, but they will also keep a close and meaningful eye upon how humans interact with other humans too and the energy that is present. Instantly, if a pet dog has noticed a stranger displaying negative body language, energy, and tone of voice towards their owner, then it is likely that they will react strongly based on their instinct. Renowned for their emotional intelligence, dogs are known for being good judges of character and will pick-up on negative energy and cues such as rudeness and lack of kindness. Once a dog has suspected uncomfortable energy, they may either opt away from interacting with that particular person or bark or display other negative behavior types.

Many people believe that dogs possess a ‘sixth sense’ and can pick up on energy, good vibes, and bad vibes exceptionally well. Regularly dumbfounded by a dog’s intelligence and instinct to numerous different people and situations, it isn’t surprising why people consider this. Due to a dog’s higher sense of smell, this may contribute to them picking-up on signs that we humans cannot identify easily. In contrast, it has also been suggested that dogs are more in-sync with magnetic fields, and they can sense if a human’s aura has positive vibes or negative vibes.

Many dogs have gone through traumatic experiences, and even after they have been re-homed and settled into their new family, many dogs can still be triggered by their past traumas and negative energy. Upon meeting a dog for the first time and you notice a dog wanting nothing to do with you, it may be that something about your facial features, hair color, or other features that resemble a previous abuser could remind the dog of the trauma. If the dog went through prolonged trauma, they would likely follow their instinct, and they won’t invest in developing a rapport with you.

Watching a dog respond to you with disgust can be upsetting. The more understanding and insight that the owner has, the more opportunities there can be. Training and therapy can be utilized for dogs to reduce their anxieties, create new bonds, and incorporate more positivity.

Dogs have an impeccable sense of interpreting both energy and smell, so it isn’t surprising that this influences their decision-making and whether they are drawn towards a human’s energy, good vibes, or other animals. Possessing over 100 million sensory receptors and Jacobson’s organ in their mouth, this organ enables dogs to pick-up on a pheromone and distinguish positive vibes from other threatening animals and humans.

Using their noses, dogs also determine the energy of the person they are in contact with and pick-up on fear and anxiety. When adrenaline, the stress hormone, is secreted, dogs can smell this, which humans cannot. This is why home intruders are easy to distinguish as their adrenaline is typically extremely high on their attempted break-in.

If you’re a woman that has noticed your dog being very protective lately, you might want to take a pregnancy test. Dogs easily distinguish the pheromone scents of a pregnant woman. (Article: How to prepare bringing home baby to your dog)

Unsurprisingly, dogs are also drawn to pleasant scents that conjure positive vibes, which also applies to meeting humans. Smells such as citrus, vinegar, mothballs, and alcohol are off-putting for dogs, so if you are harboring these smells on your clothes, then the dog may follow their instinct and turn the other way.

Overall, there are many reasons that dogs instinctually do not like certain people. Collectively, dogs utilize energy, good vibes; bad vibes; their sense of smell and pheromones; and other cues to determine whether they will form a relationship with a particular human.