The End of the Road

The End of the Road 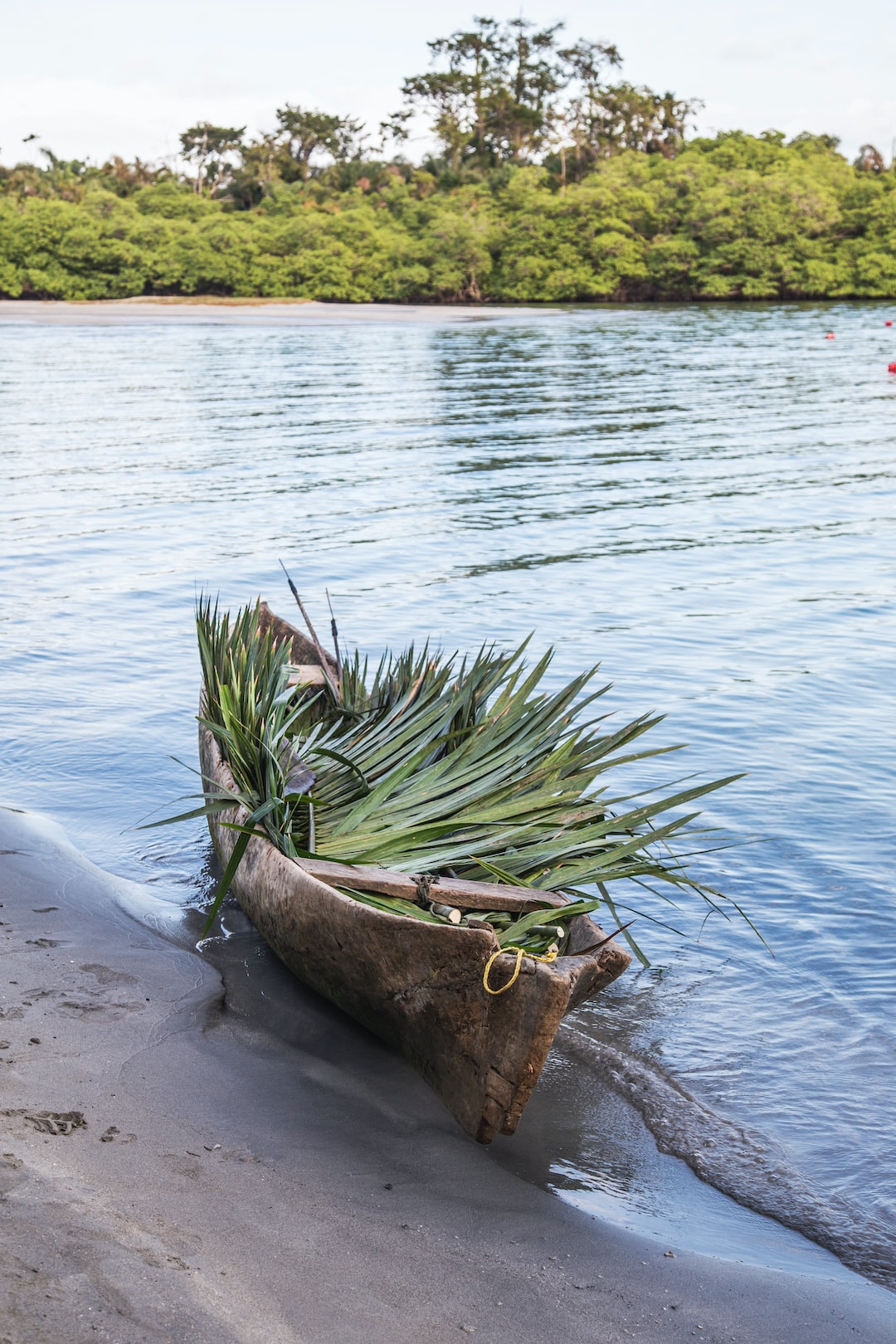 A Trip to Panama’s Darién Gap

There is so much to see and do here in Costa Rica that it’s easy to overlook the undiscovered wonders of neighboring countries in Central America. Our recent trip to the Darién Gap in Panama was a good reminder.

Note: This was in January 2020, well before international border closures due to global health crisis.

As the official divide between the North and South American continents, the Darién Gap is a huge wetland dissected by rivers and covered with thick forests. The terrain is so impenetrable it has confounded everyone from early explorers to even the builders of the PanAmerican Highway. To this day, a 106-kilometer gap still separates the highway’s northern and southern portions. Notions of completing the road have been thwarted first by disease and construction costs, and more recently by opposition from indigenous people and environmentalists. So now the vast majority of the Darién is a protected national park between Panama and Colombia.

Being able to visit the area is a relatively new phenomenon, at least in safe circumstances. It has been, and sadly still is, a haven for narco traffickers. That’s one reason you are better off with a guide than trying to visit the Darién on your own. The formidable terrain also made it a perfect hiding place and operations base for the Revolutionary Armed Forces of Colombia (FARC) rebels. This danger persisted as recently as 2013, when a Swedish backpacker was killed by the FARC rebels.

Although the Colombian peace accord has enabled many such areas to become open to tourists, the Darién has yet to attract a significant number of travelers. In fact, Panama’s tourist ministry has stated — with more than a little envy — that Costa Rica’s Manual Antonio National Park attracts more visitors in a single day than the total annual number of visitors to Darién National Park.

The Darién is accessible either by flying to Panama City first and then taking a long drive, or via a much longer drive all the way from Costa Rica. Not wanting to spend two days driving there, we went with the first option.

Be prepared with passports ready and official approval to enter the Darién, another reason why traveling with a guide is recommended. We were stopped at three different checkpoints by Panamanian security forces. These encounters are friendly enough, as tourists are encouraged, but may seem jarring to uninitiated visitors. En route you pass through Lake Bayano, a large hydroelectric and drinking water project, not unlike Lake Arenal. Upon officially entering the Darién, it’s readily apparent how much deforestation has occurred in eastern Panama. Not until the end of the road do you finally reach the real Darién Gap.

Your home base is Meteti, a somewhat dingy conglomeration of a town whose population is about 8,000. It has one bank with an ATM, two hotels (one not even listed on sites like TripAdvisor), more than enough evangelical temples and three or four eateries. We stayed at the Hotel and Restaurant Bellagio, a tad bizarre building, only one-third completed but with comfortable enough rooms and — more importantly for the area — air conditioning. The restaurant was curious. Every night, without exception, we were presented with a huge 10-to-12-page fancy menu, only to learn 95% of all the items listed were not available. Meals that could be served were random: fresh seafood was always available, while ingredients like cheese or salads were in short supply. But ice-cold Balboa, the local beer, was perfect after a hot day in the jungle.

One striking aspect of travel in Panama are the prices. Gasoline is about $2.90 a gallon, you can eat breakfast or lunch for $3 and order an ice-cold beer in restaurants for only $1.50. Panama’s official currency is the U.S. dollar, although change is sometimes given in the former Balboa currency.

In search of a myth

Our trip to the Darién with the Birding Club of Costa Rica (see my March 2018 Howler article about the group) had one major purpose. It was our quest for a magnificent bird with a mythological name — the harpy eagle. One of the world’s largest eagle species, it is known for being strong enough to carry several times its own weight, and eating mostly sloths and monkeys.

This eagle’s name derives from Greek mythology. As the half-bird, half-woman personification of storms and wind, the harpies are best known from the writings of Homer and the tales of Jason and the Argonauts. When you see one, you understand why the Spaniards called them harpies when first encountered. Once seen in Costa Rica, harpy eagles have since been relegated here to almost mythical status due to deforestation. The eastern Panama area we visited and northern Colombia remain one of the last viable breeding areas.

To try catching a glimpse of the harpy eagle while visiting the Darién — or its lesser known, but more threatened relative, the crested eagle — you must start at the end of the road. From Meteti, you drive another hour until the road literally ends in the port village of Yaviza. It’s like being dumped onto a few businesses, the town cemetery, the bus stop, and most important, the docks. From Yaviza on, only boat travel is possible — mostly long, dugout type canoes powered by an outboard motor — starting at the Río Chucunaque.

After driving in darkness to the boat launch, it took about another 90 minutes to reach the actual Darién National Park entrance. The river trip at sunrise was amazing, as were the animals, birds, scenery and even people we spotted en route. Some locations where we landed were fincas, where we had to hike several kilometers to get to the large cuipo ceiba tree forests. Sometimes we stood only a meter above sea level in places that almost disappeared underwater as the tide rose. We came to understand how difficult it is to move around in these jungles.

Our birding excursion was not in vain! We got to see both eagle species with their nests: a four-month old harpy eagle guarded by its father and a hungry 15-month old crested eagle urging its mother for food. She ignored its complaints, making the young bird start hunting for itself. Needless to say, these eagle sightings were once-in-a-lifetime experience.

The final day of our trip found us setting out for a different river port, in an area called Peñitas, where we planned to embark on an upstream trip on the Río Tuquesa to see more nature and visit an indigenous village. We arrived to find that our canoe departure spot is now a joint Panamanian government/UNICEF-run migrant refugee camp. UNICEF has deemed the Darién crossing as one of the most dangerous in the world, but the organization is receiving over 1,000 displaced persons each month from 44 nations, including women, children, unaccompanied minors and families. Many of them are fleeing violence in Africa (particularly Chad) and were brought to Brazil, only to work in near slave-like conditions. Many others are Venezuelans, whose exodus rivals the millions fleeing Syria. This was a profoundly sobering and shocking reality check for all of us, concerning what we have, what we should be sharing and how our governments should be acting at the borders.

Update: As reported by Cronkite News on July 2, 2020, the international refugee camp at Panama’s Darién crossing has been marked by unrest in recent months. The Panama government is allowing refugees to remain, but most do not want to, nor do they wish to return to their home country. Neither Costa Rica nor Nicaragua is allowing passage.

We boarded our canoes and headed upstream for about 40 minutes, approaching a regional inhabited by the indigenous Emberá people. The area is gradually becoming protected and reforested with funding from Panama Canal revenues, with some land also being planted with coffee. We first landed in what is an up-and-coming cafetal (coffee plantation), then crossed the river to the Emberá village of Nuevo Vigía. We were greeted by a group of girls dressed and tattooed in native style. They took our hands and led us to a gathering place where the local women were selling handcrafted items, mostly depicting bird or animal motifs. Then the girls treated us to a performance of native dances depicting monkeys and even hummingbirds.

Visiting Nuevo Vigía turned out to be a highlight of our Panama trip. We walked through the village, then hiked on a trail through fairly new second-growth forest comprising part of the reforestation effort.

So if you have a strong sense of adventure, with a compelling desire to go beyond where the road ends, take a trip to the Darién Gap.