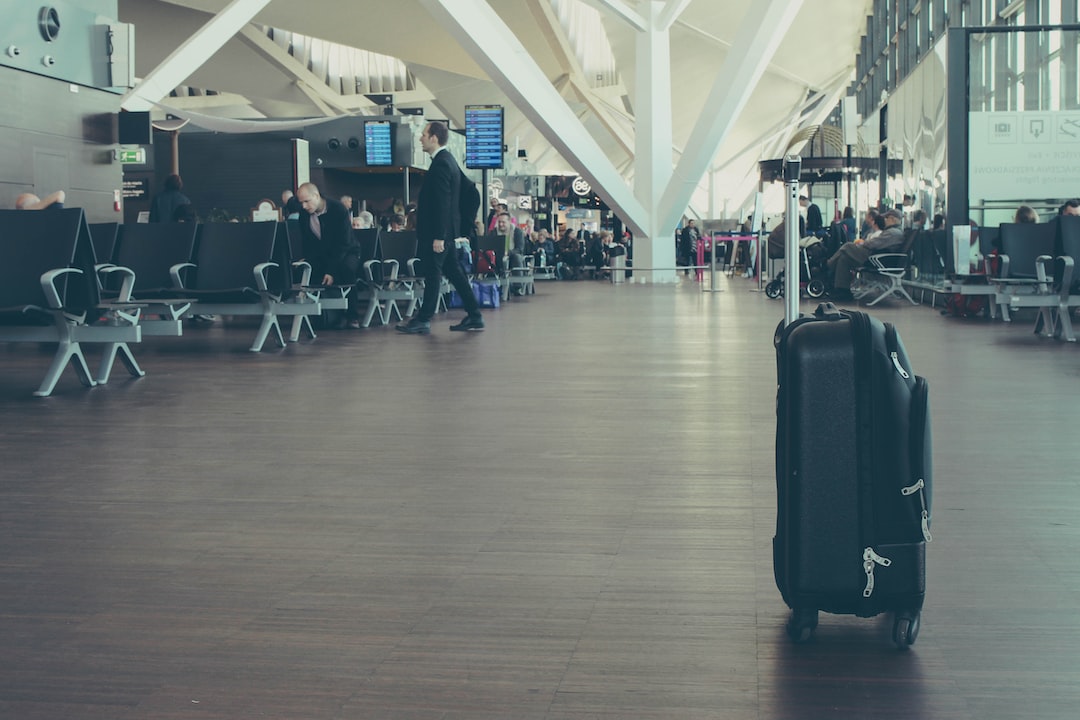 Finding a luggage storage facility near Penn Station may seem like an impossible mission, but it’s not! In NYC, several international and American companies allow you to get rid of your luggage in a few minutes.

These networks offer you the opportunity to leave your bags at verified local businesses, such as restaurants, shops, and hotels.

The benefits are real as by relying on these services, you’ll have the opportunity to walk around New York City without stress and the worry of losing your stuff.

Among the best luggage storage providers, there’s Radical Storage, one of the most appreciated European companies.

For example, if you’re looking for a luggage storage facility near Penn Station, you can check this map and select the one that meets your needs.

Here you’ll find a list of the best storage places in the neighborhood. All of them are 100% reliable.

What are the advantages of our luggage storage options at Penn Station?

The cost of this service is one of the most advantageous in the whole city. With Radical Storage, you only pay $6 per day/item. There are no additional charges or restrictions.

No need to queue up

Many people ask our customer support team if Radical Storage users need to wait in line before leaving their luggage. The answer is, “No, you won’t have to wait long!”. Our check-in procedure only takes a few minutes! Give us time to take a couple of pictures of your suitcases for security reasons, and that’s it! You’re free again!

Besides, our partners (whom we call “Angels” due to their attentive nature) can give you useful tips about the city or offer you services and products at discounted prices!

Our Angels are located a few meters from the station and allow you to move around stress-free and without any bags by your side. This is crucial in a city like New York City and a station like Pennsylvania, given its size!

Penn Station at a glance

Before entering the labyrinthine spaces of Penn Station, you must be aware of the vastness of this railway junction. Penn Station (short for Pennsylvania Railway Station), in fact, is one of the largest stations in the Big Apple, stretching along 21 tracks and run entirely underground.

Completed in 1910, former Penn Station was a beautiful building made of granite and pink marble with a neoclassical external facade. At the time, the station was operated by the Pennsylvania Rail Road Company (PRR) and was on the surface.

However, in the 1950s, the station was torn down to make up for surface traffic problems and moved underground. The new yorkers much-criticized this decision as Penn Station represented a part of the city’s history.

Nowadays, Penn Station is much more modern and has numerous galleries (full of shops and fast food outlets) that lead travelers to different routes.

Here is a map to cross the station without getting lost! Use it, especially if this is your first time in this area.

From Penn Station to JFK Airport

New York City’s JFK Airport has several connections to Manhattan, one of which is Penn Station.

If you are near Times Square, you can get to Penn Station, take the Long Island Railroad Train (LIRR), and get off at Jamaica stop. Here you can catch AirTrain that takes you straight to the airport. The train costs between $7.25 – 10, while AirTrain costs $7.75.

At Penn Station, there are also Amtrak trains to other cities in the United States, such as Boston, Washington DC, Long Beach, and so many others.

5 Things to see near Penn Station

Before catching your train, you might have a few hours to visit the surroundings. Therefore, we have decided to point out the five most significant attractions located within walking distance from Penn Station.

Times Square is the most iconic squares in the world, located in Midtown Manhattan, just south of Central Park. The name derives from the relocation of the newspaper New York Times in 1904.

Today, Times Square is world-famous for its billboards and the human river that flows on its way.

In Times Square, there’s a lot to see and do, including a visit to the M&M’s World and the Hershey’s store.

Madame Tussaud New York is a tourist attraction situated in the heart of Times Square, precisely on 42nd Street. Found by the Frech artist Marie Tussaud in London, the UK-based company, Merlin Entertainments now operate it.

If you’re not American, you may not recognize all the statues, but Madame Tussaud is also home to world-famous people such as actors, musicians, and basketball stars.

Take a walking tour of this incredible museum, and you won’t regret it!

The Empire State Building, one of the landmarks of New York City, is often being regarded as the eighth wonder of this planet. It’s 380 meters high and has 102 floors.

Every day up to sixty thousand people enter and leave the building. It was built in a record eighteen months and opened in 1931.

Bryant Park is a beloved year-round 9.6-acre public park, located in Midtown Manhattan and famous for its beautiful seasonal gardens and free activities.

This park is perfect if you are traveling with your children or if you want an oasis of peace to escape the hustle and bustle of the metropolis.

Although not entirely crime-free, Bryant Park is considered a pretty safe place. Like all parks, it’s best to avoid visiting them at night.

The Vessel is a construction, and tourist destination considered the most expensive private work in the USA. Designed by the British architect Thomas Heatherwick, over the years, has collected several negative comments, especially from New Yorkers.

You can get a ticket to get in and climb the building. Admission is free.

FAQ about Penn Station – Here’s what visitors use to ask

Which trains depart from Penn Station?

There are three train services that operate out of Penn Station: Amtrak, New Jersey Transit, and Long Island Rail Road.

How early do I need to arrive at Penn Station?

Arrive at the Amtrak train station at least 45 minutes before departure.

Is it safe around Penn Station?

During the day, the Penn Station area is very safe. At night, as in all urban areas, it’s recommended not to walk alone and in dimly lit areas.

Penn Station is only 0,5 miles from Times Square (about 10 minutes walk).

Are there elevators at Penn Station?

Elevators between the street and the station building are located at the main entrances on 7th Avenue, on 34th Street, and on the Service Drive.

No, Grand Central is bigger than Penn Station.

What is around Penn Station?

How many people a day pass through Penn Station?

Does Amtrak have security check?

Amtrak does a random check of passengers’ luggage.

Is it cheaper to take a taxi or Uber in NYC?