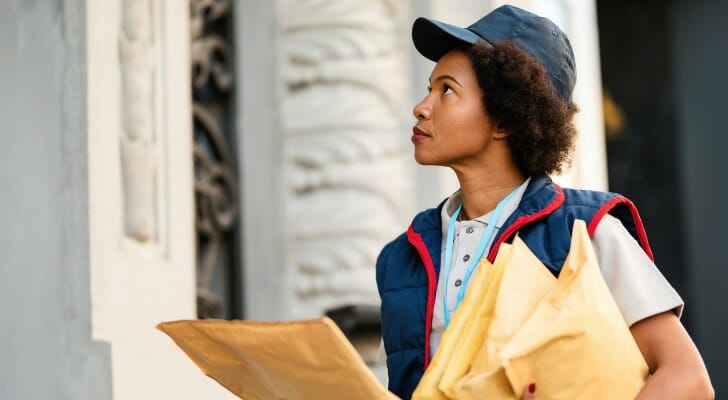 Between 2015 and 2019, the total American workforce grew by about 8.7 million workers, with 4.4. million women and 4.3 million men securing employment. Though female and male workers joined the workforce at almost equal rates, certain jobs have seen huge increases in female employment specifically, allowing for further opportunities for women to more easily cover their expenses and meet their savings goals.

In this study, we investigated the fastest-growing jobs for women in America. We used Bureau of Labor Statistics (BLS) data to rank the four-year percentage growth by occupation from 2015 to 2019, the most recent year for which detailed occupational employment data is available. For details on our data sources and how we put all the information together to create our final rankings, check out the Data and Methodology section below.

This is SmartAsset’s second annual study on the fastest-growing jobs for women in America. Check out the 2019 version here. 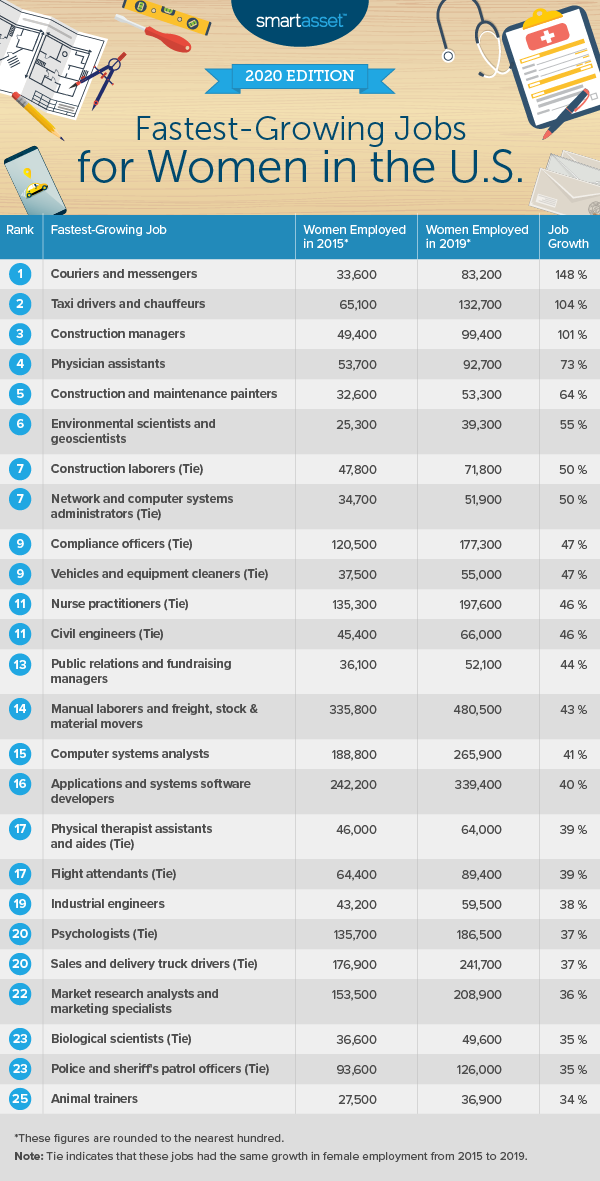 In last year’s edition of this study, couriers and messengers ranked as the fourth-fastest growing job for women. This year, it skipped to the No. 1 spot, with the percentage of women employed in the job increasing by close to 148% between 2015 and 2019. Specifically, in 2015, there were roughly 33,600 women employed as couriers and messengers and in 2019, there were about 83,200.

Potentially enticed by high salaries and the growing market more generally, many women have joined this occupation in recent years. Between 2015 and 2019, the number of women employed as physician assistants grew by about 39,000.

Construction laborers ties with network and computer systems administrators as the seventh-fastest-growing job for women in the U.S. The number of women construction laborers increased by 50% between 2015 and 2019. As a result of that growth, women made up 3.5% of the occupation in 2019, 0.6 percentage points higher than their representation in 2015.

To find the fastest-growing jobs for women, SmartAsset analyzed employment data from 2015 and 2019, the most recent year for which detailed occupational employment data is available. We filtered out any occupation that employed fewer than 25,000 women in 2015. We also filtered out any occupation with “other” or “miscellaneous” in the title due to lack of occupational specificity. We used the four-year percentage change in women employed in each occupation to rank all the jobs, from highest percentage increase to lowest.

All data comes from the Bureau of Labor Statistics (BLS).