How to Trade the Cup-and-Handle Pattern

How to Trade the Cup-and-Handle Pattern 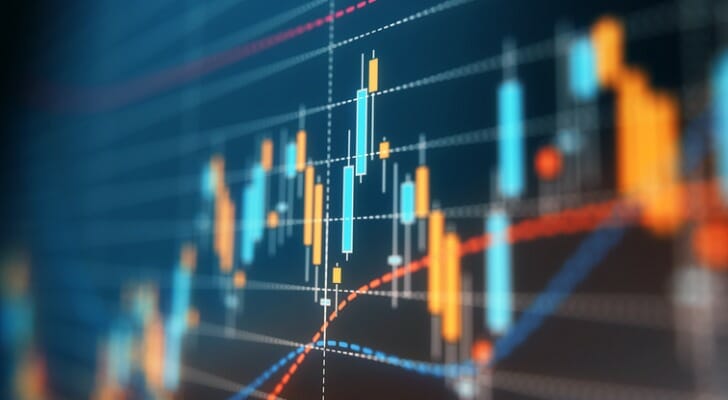 A cup-and-handle pattern is the name of a chart pattern used in technical analysis that describes a bullish continuation trend in the price of a security, typically a stock. Traders sometimes use this pattern as a signal about when to buy the stock. As with all forms of technical analysis, this pattern essentially tracks investor behavior, not the underlying strength or weakness of a company’s business. Here’s what it is, how to use it and a caution.

Trading charts are a visual instrument some investors use to track the price of an asset over time, including most often stocks. There are a variety of chart types, such as the bar and candlestick charts, but they generally all share the same format. The chart displays a range of dates or times along the horizontal or X axis, and a range of prices along the vertical or Y axis. So, for example, if a stock traded between a high of $20 and a low of $12 on Aug. 14, a bar chart would display the date “8/14” as one entry along the X-axis and a line running along the Y-axis values from $20 to $12.

What Is the Cup-and-Handle Pattern?

In the cup-and-handle pattern, a stock’s price will follow five movements:

A cup-and-handle pattern, illustrated below, is considered a bullish trading trend. It represents a consolidation period for a strong asset, during which traders move away from a stock, which is generally growing well. After this short-term consolidation the stock recovers its lost value and resumes its previous growth.

The pattern is partially defined by this final return to growth. If the cup is followed by long-term stability in the asset’s price, then this is considered a revaluation or momentary dip rather than a trading pattern. The cup-and-handle is defined by the short-term dip in an otherwise long-term pattern of growth.

A cup-and-handle pattern can take place over any period of time. Some patterns emerge during day trading, forming over the course of hours, while others can take shape over the better part of a year. Often the asset’s price will remain at its low point for weeks or even months before recovering its value.

Historically speaking, when a stock’s price forms a handle after emerging from a cup, this means that investors are likely to begin buying back in soon. In terms of investor behavior, this pattern represents a few stages of thought:

As a result of this behavior, investors generally see the handle as the place in which to buy. A stock’s price will dip while it is in the handle, but in a true cup-and-handle pattern this dip will not endure. It typically represents technical analysis rather than a shift in the stock’s fundamental value. As a result, once this post-recovery trading has finished an investor can expect the stock to resume its previous growth.

The following chart, courtesy of StockCharts.com, illustrates the pattern.

Cautions About the Cup-and-Handle Pattern

To use the cup-and-handle pattern successfully, investors must wait for the handle to form. In other words, trading off this pattern requires patience and a rational approach to the market – something that is a challenge for many investors. Once a stock has completed its recovery and begun to stabilize or turn down slightly, the pattern is almost complete. At this point investors expect it to remain stable for a period of time before resuming its previous growth. This means that the handle of a cup and handle is considered a strong indication that the stock is poised for growth.

However, a share price declines it can mean many things, not just the formation of a handle. There’s no good way to distinguish falling asset prices from the first stage of a stock which will make an eventual rally. Lucky investors who get in at the bottom of the cup will, to be sure, make more than those who invest during the handle, but just as often they may predict recoveries that never come.

Another caveat: Since the cup-and-handle pattern is widely used as the basis for trading, it may also become a self-fulfilling prophecy. The growth that a stock experiences once it enters the handle may reflect the expectations of stock traders more than any actual value on the part of the underlying company. Many stocks recover from a U-shaped dip only to then return to a long-term stability. Others may just experience what’s sometimes called a dead cat bounce or a brief period of post-low trading. In short, cup-and-handle is a pattern, not a prediction. 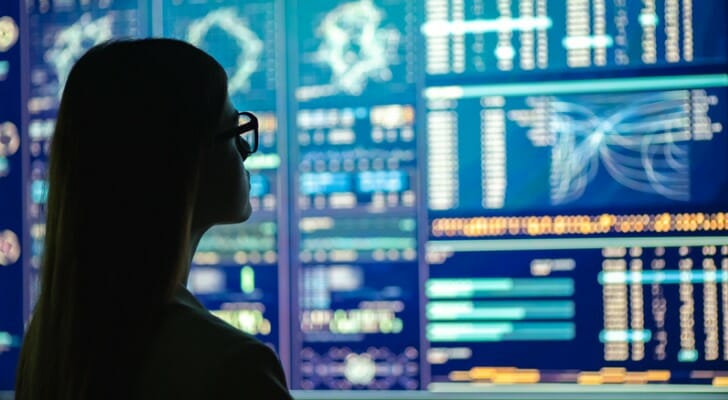 The cup-and-handle pattern is a stock trading pattern in which a share will lose value, only to regain it, briefly stabilize or even slightly decline before resuming growth. It can be used to spot shares potentially poised for growth if correctly identified and also caught in time. The cup-and-handle pattern can be a useful part of an overall trading strategy, but it should be just one part – albeit a relatively risky part – of a trading strategy.

The post How to Trade the Cup-and-Handle Pattern appeared first on SmartAsset Blog.