What Are Colombian Arepas?

What Are Colombian Arepas? 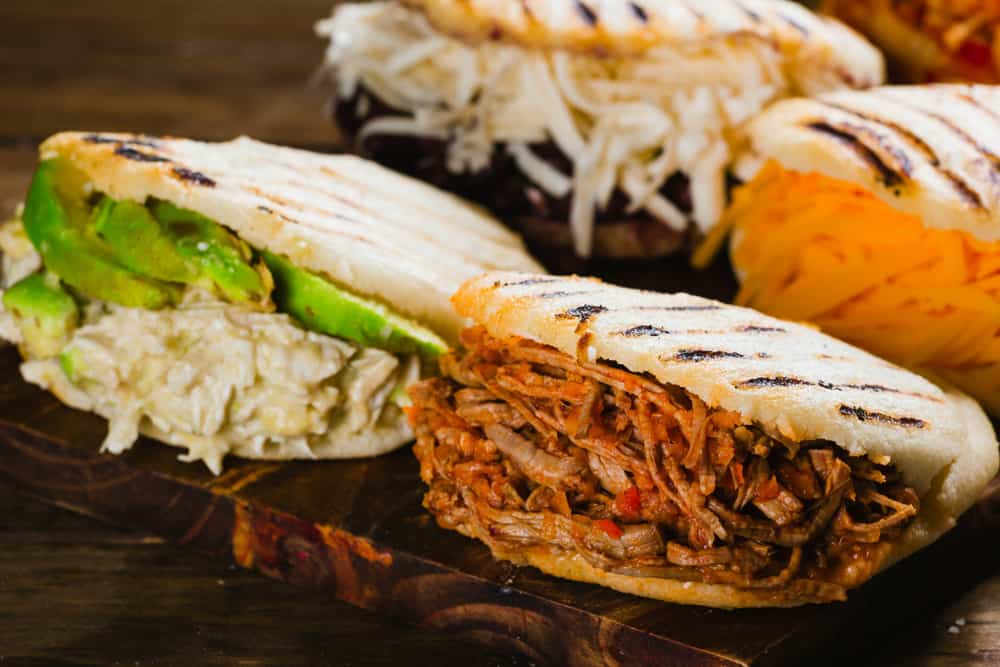 In the age of gluten-free and health-conscious eaters, we can learn a lot from our past. Some of the most delicious food staples have been around for hundreds of years and there’s no need to change them!

Arepas are one of the yummiest treats to come out of Central and South America and they can be eaten in a variety of ways.

Keep reading to find out what they are, where they came from, and how to eat them!

Where Did They Originate?

Arepas are made in many Central and South American countries but are known in particular for their role in Venezuelan and Colombian cuisine.

While it originated in the northern Andes of South American, variations of it are now made in Dominican Republic, Costa Rica, and other Latin countries. But where did it begin?

The answer is we can’t know for sure. Colombia and Venezuela used to be a part of the same country known as “Gran Colombia.” Ecuador and Panama were part of the same area. Because the arepa originated here, it’s hard to say exactly which country is responsible.

An arepa is a flat, round, cornmeal cake. They resemble English muffins or pitas only that they are often stuffed with many different fillings.

The name arepa came from the Indigenous form of the name, “erepa,” which means “corn.” Originally, they were eaten as a bread or as a side. But now they are served as a main dish and are topped or stuffed with a variety of meats, cheeses, and vegetables.

How Is Colombia’s Arepa Different?

Colombia and Venezuela are known for their arepas more than any other countries.

Venezuelan arepas are usually deep-fried or grilled and then split and served as a sandwich. Some of the fillings you might find in a Venezuelan arepa are:

Along the Caribbean coast, Colombian arepas are often deep fried with egg inside. They aren’t very different from Venezuelan arepas except that they are more often served with cheese or egg or both.

Some people say that Colombian arepas are sweeter because of the cornmeal that they use, but this isn’t necessarily a proven and accepted fact. One thing is for sure: Colombia is known for its flavor. In fact, it is often argued that the best coffee comes from Colombia.

What Is the Best Arepa?

We’ve never met an arepa we didn’t like. In fact, they can be eaten with almost anything. You can toast them for breakfast and add egg and cheese or butter and jam for something sweet.

Want to know more about Colombian dishes? Check out our blog and find a recipe you can try today.