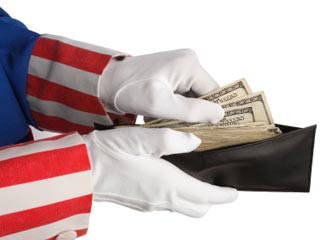 WASHINGTON — The Internal Revenue Service today reminded taxpayers who turned age 70½ during 2016 that, in most cases, they must start receiving required minimum distributions (RMDs) from Individual Retirement Accounts (IRAs) and workplace retirement plans by Saturday, April 1, 2017.

The April 1 deadline applies to owners of traditional (including SEP and SIMPLE) IRAs but not Roth IRAs. It also typically applies to participants in various workplace retirement plans, including 401(k), 403(b) and 457(b) plans.

Affected taxpayers who turned 70½ during 2016 must figure the RMD for the first year using the life expectancy as of their birthday in 2016 and their account balance on Dec. 31, 2015. The trustee reports the year-end account value to the IRA owner on Form 5498 in Box 5. Worksheets and life expectancy tables for making this computation can be found in the appendices to Publication 590-B.

Most taxpayers use Table III  (Uniform Lifetime) to figure their RMD. For a taxpayer who reached age 70½ in 2016 and turned 71 before the end of the year, for example, the first required distribution would be based on a distribution period of 26.5 years. A separate table, Table II, applies to a taxpayer married to a spouse who is more than 10 years younger and is the taxpayer’s only beneficiary. Both tables can be found in the appendices to Publication 590-B.

Though the April 1 deadline is mandatory for all owners of traditional IRAs and most participants in workplace retirement plans, some people with workplace plans can wait longer to receive their RMD. Employees who are still working usually can, if their plan allows, wait until April 1 of the year after they retire to start receiving these distributions. See Tax on Excess Accumulation  in Publication 575. Employees of public schools and certain tax-exempt organizations with 403(b) plan accruals before 1987 should check with their employer, plan administrator or provider to see how to treat these accruals.

The IRS encourages taxpayers to begin planning now for any distributions required during 2017. An IRA trustee must either report the amount of the RMD to the IRA owner or offer to calculate it for the owner. Often, the trustee shows the RMD amount in Box 12b on Form 5498. For a 2017 RMD, this amount would be on the 2016 Form 5498 that is normally issued in January 2017.

IRA owners can use a qualified charitable distribution (QCD) paid directly from an IRA to an eligible charity to meet part or all of their RMD obligation. Available only to IRA owners age 70½ or older, the maximum annual exclusion for QCDs is $100,000. For details, see the QCD discussion in Publication 590-B.

A 50 percent tax normally applies to any required amounts not received by the April 1 deadline. Report this tax on Form 5329 Part IX. For details, see the instructions for Part IX of this form.

More information on RMDs, including answers to frequently asked questions, can be found on IRS.gov.