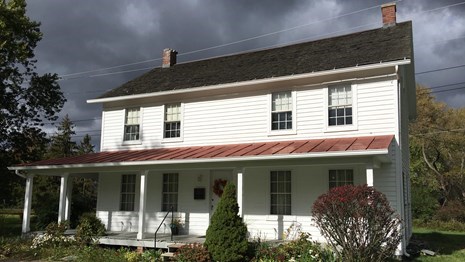 "I would make a home for them in the North, and the Lord helping me, I would bring them all here."

Harriet Tubman was guided by a deep faith and devotion to family, freedom, and community. After emancipating herself and members of her family, she moved them from Ontario, Canada to Auburn, New York in 1859. Central New York was a center for progressive thought, abolition, and women’s suffrage where Tubman continued to fight for human rights and dignity until she died in 1913.