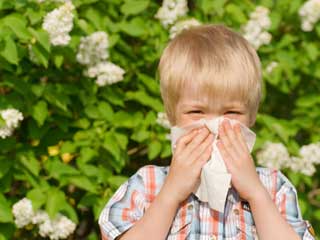 MONDAY, July 11, 2016 (HealthDay News) -- If your kid's nail-biting or thumb-sucking habit drives you nuts, you'll be happy to hear that a new study suggests those habits may have a health benefit.

Children who suck their thumb or bite their nails past preschool age may be less prone to allergic reactions when they reached adolescence, researchers said.

What's more, the study found that the protective effects seemed to last into adulthood.

Still no one is suggesting that kids be encouraged to take up the habits, said senior researcher Dr. Robert Hancox, of the University of Otago in Dunedin, New Zealand.

With thumb-sucking, in particular, there's some concern that it can interfere with the alignment of the teeth as they come in.

"We don't wish to dismiss these concerns," Hancox said.

"But," he added, "if a child has a habit that is difficult to break, maybe there is some consolation in the fact that there may be a reduction in the risk of allergies."

How could chronically putting your fingers in your mouth affect the risk of allergies?

According to Hancox, it all relates to the "hygiene hypothesis." The theory is that exposure to bacteria and other microbes early in life helps steer the immune system toward infection-fighting mode, and away from a tendency toward allergic reactions.

But the study can't prove that either habit directly lowered kids' risk of becoming sensitized to allergens, Hancox acknowledged.

However, he said, his team accounted for a range of things that influence kids' odds of sensitization -- including whether they were breast-fed, exposed to secondhand smoke, lived with pets, or had a family history of allergies.

It's "difficult to imagine" what other factors would explain the findings, Hancox said.

At least one expert agreed that the hygiene hypothesis might explain the study's results.

Dr. Mika Hiramatsu, a pediatrician who reviewed the study, said, "This is another piece of evidence in support of the hygiene hypothesis." She's a spokesperson for the American Academy of Pediatrics.

Hiramatsu pointed to similar connections seen in past studies: Kids who are in day care, live with pets, live on farms, or have older siblings tend to have a lower risk of allergies and asthma -- suggesting that relatively germ-filled environments offer some protection.

"I think this study adds weight to the idea that kids do better when they're exposed to a variety of microbes," Hiramatsu said. "Being in a 'sterile' environment is not actually the best thing for us."

That doesn't mean parents have to let their kids "roll around in the dirt," according to Hiramatsu. But they can "loosen up a little" about cleanliness, she said.

The study findings are based on over 1,000 New Zealand children who entered the study at birth. Most were followed into adulthood.

Based on parents' reports, 31 percent of the children were either sucking their thumbs or biting their nails "frequently" between the ages of 5 and 11. Those kids were one-third less likely than their peers to develop allergic sensitization by the time they were 13.

That meant they were less likely to test positive when their skin was exposed to allergy triggers like pollen and dust mites.

The same pattern was still apparent at age 32, the researchers found.

It's not clear, however, what exactly that meant for people's daily lives, Hancox said. The skin testing showed whether someone had an allergic response to a particular substance. It doesn't necessarily mean that person was suffering symptoms day to day.

The researchers did ask the study participants whether they'd been diagnosed with asthma or hay fever. And there was no link between thumb-sucking or nail-biting and the risk of having those conditions.

Hancox and his colleagues report the findings in the July 11 online issue of the journal Pediatrics.

The American College of Asthma, Allergy and Immunology has more on children's allergies.