Are high school athletes at risk from artificial turf?

Are high school athletes at risk from artificial turf? 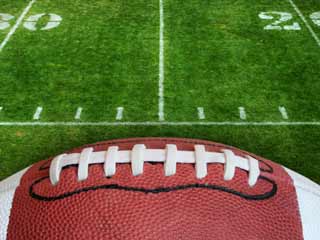 The findings of the industry-funded research suggest a connection but don't definitively prove that less fake soil causes more injuries.

According to Meyers, modern school fields often feature artificial turf instead of grass for several reasons. For one, artificial turf doesn't require the same level of maintenance and watering as grass. And as schools use their fields for purposes beyond athletics, artificial turf can tolerate the wear and tear better than grass, he said.

Artificial turf can be expensive, potentially costing $1 million for a field, Meyers said, but its durability can make it cost-effective.

The question: Does the thickness of the turf's infill affect injuries? Meyers decided to explore the issue and sought funding assistance from turf makers. Only one company, FieldTurf, agreed to help support his research, he said.

Meyers focused on a measurement of infill, a combination of rubber and sand that underlies artificial turf. Infill is measured by the number of pounds of infill per square foot; more infill translates to more pounds per square foot -- and a higher cost.

For the study, Meyers analyzed injuries at 52 high schools in four states over five football seasons. All the high schools had artificial turf.

The study also reported higher rates of injuries from contact with the ground on fields with less infill. In general, Meyers said, these injuries occurred to players' arms and legs.

When there's less infill, he said, "you have less firmness, less foundation, less room for error."

Meyers recommends that campuses install artificial turf with at least 6 pounds per square foot of infill. If an existing field has less than that, he said, school officials should add more infill.

Sports medicine specialist Dr. Samuel Taylor is an orthopedic surgeon at the Hospital for Special Surgery in New York City. He said the new study is important, but he cautioned that decisions about infill aren't simple.

"Many other factors likely come into play, such as the influence of weather conditions in a given location on infill performance," said Taylor, who's also an associate team physician with the National Football League's New York Giants.

Also, Taylor said, "we don't know the impact of how often a field is used on infill performance. For example, an NFL stadium used 10 times over a season and a high school field used year-round may perform differently over time."

The study was to be presented Friday at the American Orthopaedic Society for Sports Medicine annual meeting in Colorado Springs, Colo. The findings of studies released at medical conferences are considered preliminary until they are published in a peer-reviewed journal.

For more about athletic safety for kids, visit the U.S. Centers for Disease Control and Prevention.