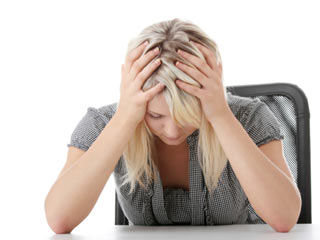 "Adolescence is a critical time in a person's development, and battling with depression can be devastating for teens unless they receive effective treatment," said Paolo del Vecchio, director of the Center for Mental Health Services at the U.S. Substance Abuse and Mental Health Services Administration (SAMHSA).

"Effective treatment is available, but parents, teachers and all concerned members of the community must work to assure that adolescents in need get help," del Vecchio said in an agency news release.

These young people feel depressed and lose interest in their activities for at least two weeks. They may also have trouble sleeping, eating or concentrating, the agency explained.

The overall rate of depression among young people jumped to 11 percent between 2013 and 2014, up from 9.9 percent the previous year, the SAMHSA report found. The report was published July 7.

While 13 states saw statistically significant increases in the prevalence of major depressive episodes among teens, 37 states and District of Columbia saw little change.

Rates of major depressive episodes among young people between the ages of 12 and 17 were highest in Oregon, with an annual average of 14.6 percent. Other states with a greater prevalence of depression included Arizona, Indiana, Maine, New Hampshire, Rhode Island, Utah, Virginia, Washington state and Wisconsin.

On the opposite end of the spectrum, the District of Columbia had the lowest prevalence of major depressive episodes among teens, with an annual average of 8.7 percent. Rates of this condition were also low among teens in Alaska, Connecticut, Georgia, Hawaii, Kentucky, New Mexico, North Dakota, South Dakota and Tennessee.