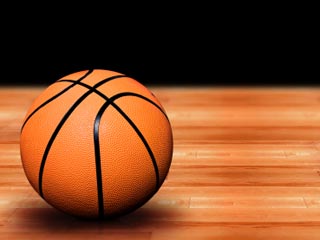 (HealthDay News) -- Legendary coach Pat Summitt stared down myriad challenges as she thrust women's college basketball onto the world stage. But her greatest foe wasn't on the court -- it was Alzheimer's disease.

The diagnosis of Alzheimer's before her 60th birthday foretold the decline of her brilliant career and thrust Summitt into a new role: as chronicler of the ravages of this incurable brain disease.

"Since 2011, my mother has battled her toughest opponent, early onset dementia, 'Alzheimer's Type,' and she did so with bravely fierce determination just as she did with every opponent she ever faced," said her son, Tyler Summitt, the Associated Press reported.

"Even though it's incredibly difficult to come to terms that she is no longer with us, we can all find peace in knowing she no longer carries the heavy burden of this disease," he added.

Summitt, the winningest coach in Division I college basketball history, died peacefully in Knoxville due to complications from the disease, her son said.

She was 59 when she announced in 2011 that she had been diagnosed with early onset dementia. She coached one more season before retiring, and detailed her struggle with dementia in a co-written book released in March 2013.

"It's hard to pinpoint the exact day that I first noticed something wrong," Summitt wrote. "Over the course of a year, from 2010 to 2011, I began to experience a troubling series of lapses. I had to ask people to remind me of the same things, over and over. I'd ask three times in the space of an hour, 'What time is my meeting again?' -- and then be late."

In 2011, Summitt started a foundation in her name to fight Alzheimer's, and it has raised millions of dollars, according to published reports.

The overwhelming majority of the 5.4 million Americans with Alzheimer's are 65 and older. But approximately 200,000 of them are younger than 65, which is termed early onset Alzheimer's, says the Alzheimer's Association.

Like Summitt, many with early onset Alzheimer's are in their 40s and 50s when the progressive brain disease strikes. Doctors don't understand the cause of the disease in younger people, but researchers have begun to suspect genetics.

Because doctors aren't looking for signs of Alzheimer's in middle-aged people, the disorder may progress undetected, the Alzheimer's Association notes. Patients often receive different diagnoses from different physicians, or they're told symptoms such as memory loss are due to stress, the foundation adds.

Other possible indicators include putting things in unusual places, decreased judgment, and withdrawal from work or social activities.

The Alzheimer's Association suggests scheduling an appointment with a doctor if you notice any of these signs in yourself or a loved one.

While no one wants to hear a doctor confirm their suspicions, experts say early diagnosis is essential for building supports and making important decisions while you can.

As Summitt told supporters: "You can't always control what happens, but you can control how you handle it."

"Coach Summitt was a courageous advocate for this cause. In honor of her struggle and the challenges faced by millions of Americans, we will continue to aggressively pursue greater awareness, support for families and research that will slow, stop and ultimately cure Alzheimer's disease," he said.