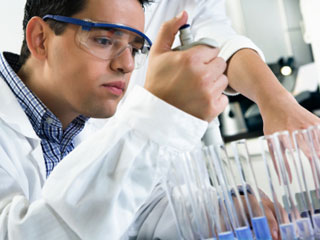 This "critical first step" is leading to trials in monkeys and humans, "and gives us early confidence that development of a protective Zika virus vaccine for humans is feasible," said researcher Col. Nelson Michael.

He is co-leader of the Walter Reed Army Institute of Research (WRAIR) in Silver Spring, Md., and one member of a team involved in the search for a vaccine against the mosquito-borne virus.

Zika infection during pregnancy can cause a devastating birth defect known as microcephaly, where an infant is born with an abnormally small head and brain. In Latin America, thousands of babies have already been born with microcephaly, and health officials are scrambling to help prevent cases in the United States as the summer mosquito season arrives.

At least 10 pregnant women in the Dallas area have been infected with Zika, Texas officials confirmed last week. All of the women contracted the mosquito-borne virus while traveling abroad.

A vaccine effective against Zika would be invaluable. Reporting June 28 in the journal Nature, researchers said one of the new shots was developed at Harvard Medical School in Boston and is partly based on a Zika strain isolated in Brazil.

The other vaccine, using a strain isolated in Puerto Rico, has been developed by Michael's team at WRAIR.

Both vaccines shielded mice against Zika infection with just a single shot required, the researchers said.

The two vaccines are similar to other shots already in use against flaviviruses, which include dengue fever, West Nile and others.

"We showed that vaccine-induced antibodies provided protection, similar to existing vaccines for other flaviviruses," said Dr. Dan Barouch. He directs the Center for Virology and Vaccine Research at Beth Israel Deaconess Medical Center in Boston.

"The effectiveness of these vaccines ... provide substantial optimism for a clear path forward for the development of a safe and effective ZIKV vaccine for humans," Barouch said in a Beth Israel Deaconess news release.

Clinical trials in humans are scheduled to begin later in 2016, the scientists said.

In related news, federal funding the United States needs to help fight the Zika threat could be stalled, according to reports.

According to the Associated Press, President Barack Obama requested $1.9 billion for the effort four months ago, and last week a Republican-drafted measure offered $1.1 billion.

But the news agency said Senate Democrats plan to block that proposal, arguing that there are too many spending cuts and restrictions on which groups can provide health care and contraception to women in Zika-endemic Puerto Rico.

A vote is expected Tuesday, the AP said, and if funding is blocked, further action may not occur until after Congress returns from a seven-week hiatus that begins in July.

The Zika threat to the United States is real, according to Dr. Tom Frieden, who directs the U.S. Centers for Disease Control and Prevention. Speaking earlier in June, he warned, "in coming months it's possible that thousands of pregnant women in Puerto Rico could become infected with Zika. This could lead to dozens or hundreds of infants being born with microcephaly in the coming year."

So far the CDC says there have been no local transmissions of Zika reported in the United States. However, the number of cases of infection among pregnant women keeps climbing.

As of June 16, the U.S. Centers for Disease Control and Prevention reported there are 265 cases of pregnant women on the U.S. mainland who have been infected with Zika, which typically involves relatively mild symptoms in most adults. However, it can cause devastating birth defects in babies that include microcephaly.

In Latin America, thousands of babies have already been born with microcephaly. And researchers reported last Wednesday that fears of Zika-related birth defects may be driving up abortion rates in Latin American countries affected by the virus.

No nation has been more affected than Brazil. As a result of the Zika epidemic, almost 5,000 babies have been born with microcephaly there.

Zika is typically transmitted via the bite of the Aedes aegypti mosquito. But, transmission of the virus through sex is more common than previously thought, World Health Organization officials have said.

Women of child-bearing age who live in an active Zika region should protect themselves from mosquitoes by wearing long-sleeved shirts and long pants, using mosquito repellent when outside, and staying indoors as much as possible, according to the CDC.

U.S. health officials have said they expect to see Zika infections in Gulf Coast states such as Florida, Louisiana and Texas as mosquito season ramps up.