Prescribing OD antidote to those using powerful painkillers might save lives

Prescribing OD antidote to those using powerful painkillers might save lives 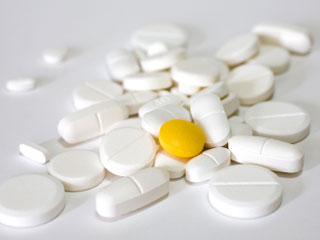 MONDAY, June 27, 2016 (HealthDay News) -- In the wake of the musician Prince's death from a painkiller overdose, a new study suggests some opioid-related deaths could be prevented by routinely prescribing an antidote for certain patients who take the medications.

Researchers found that those who received prescriptions for the antidote naloxone (Evzio) were less likely to return for emergency care related to their painkiller use.

"The study should encourage primary-care providers to prescribe naloxone to their patients on chronic opioid therapy," said Dr. Alexander Walley. He's an addiction specialist and assistant professor of medicine at Boston University School of Medicine. He was not involved in the study.

According to a federal report released earlier this month, an estimated 2 million people in the United States were addicted to prescription opioid painkillers like OxyContin and Vicodin in 2012-2013. Misuse of the drugs has skyrocketed over the past decade, the U.S. study found, and local officials are seeing high numbers of overdose deaths.

The new study examined the use of naloxone, a drug that's used to reverse the effects of opioid painkillers.

Study author Dr. Phillip Coffin, director of Substance Use Research with the San Francisco Department of Public Health, said, "Since the mid-1990s, programs have been dispensing naloxone directly to people who use [illegal] drugs, as they are the most likely people to be present when an overdose occurs." These programs have had a "remarkable" impact on overdose death rates and are cost-effective, he added.

In the new study, researchers tracked what happened after 38 percent of nearly 2,000 opioid painkiller patients at San Francisco clinics received prescriptions for naloxone. All of the patients took the opioid for chronic pain, such as pain related to cancer, Coffin said.

The idea was that these patients would have the antidote on hand if they overdosed. The "rescue kits" require a witness to respond and administer the drug to the person who overdoses, said Walley.

"Naloxone blocks the effects of opioids and will cause a person who is overdosing to be able to breathe again and wake up," he explained. "It has no effect on people who are not using opioids and therefore is very safe."

The researchers found that those who received naloxone prescriptions had 47 percent fewer opioid-related emergency room visits per month over the following six months, and 63 percent fewer over a year, compared to opioid patients who didn't receive naloxone.

However, only about 12 percent of all patients went to the emergency room for opioid-related issues during the study period. Overall, the findings suggested that naloxone prescriptions for 30 patients would translate to one averted ER visit, Coffin said.

In a related study, Coffin said, researchers found that the antidote saved 5 percent of a randomly selected group of patients.

As for cost, Coffin said insurance companies generally paid for the antidote medication without a struggle. The retail price for the drug is about $15 to $30 per dose, he said.

But shouldn't these patients not be taking opioids at all if they're at risk for overdose?

Some patients require opioid treatment for their pain despite the risk of overdose, Coffin explained, and some are at risk of an overdose because there's such "a narrow window" between taking enough and taking too much.

Walley praised the study and said he doesn't see any downsides to offering the overdose antidote.

"Friends and family of people at risk for overdose should also be included in efforts to implement overdose prevention education and naloxone rescue kits," Walley said. And emergency training in first aid and CPR should include education in how to use the rescue kits, he said.

Coffin said it's especially important for certain painkiller patients to have the antidote on hand.

"The [U.S.] Centers for Disease Control and Prevention now recommends offering naloxone to patients on long-term opioid therapy who are taking more than 50 morphine-equivalent milligrams daily, who have a history of overdose or substance-use disorder, or who are also taking medications such as benzodiazepines [a class of tranquilizers]," he said.

Coffin urges steps beyond those recommendations: "Even for patients who are unlikely to overdose, it may be important to have naloxone in the house in case of accidental exposures or unintentional diversion of medications," he said.

The study appears in the Aug. 16 issue of Annals of Internal Medicine.

For more about opioid addiction, try the U.S. National Institute on Drug Abuse.