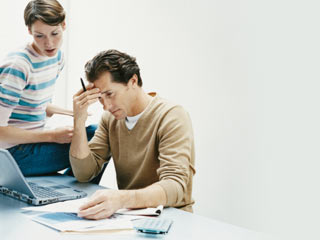 "Hidden" costs of hospitalization for privately insured adults rose more than 37 percent over five years, with patients paying more than $1,000 on average by 2013, researchers found.

These hikes came in the form of deductibles, patient co-pays and so-called "co-insurances," or percentages of final costs.

"People expect that under-insured or uninsured people will often face big hospitals bills, but a lot of people probably think that if they have high-quality insurance they're OK," said study author Emily Adrion.

"We found that between the co-payments that the better-insured have to make right when they walk in the door, and the deductibles they have to reach before any insurance actually kicks in, and the percentage of the cost of care that 85 percent of patients are still responsible for even after insurance kicks in, the final bill is high and getting higher," she said.

Adrion is a research fellow with the Center for Healthcare Outcomes and Policy at the University of Michigan Medical School, in Ann Arbor.

For the study, investigators analyzed data from the Health Care Cost Institute concerning 7.3 million hospital medical claims filed between 2009 and 2013. This was before the Affordable Care Act took effect.

The claims were processed by one of three major health insurers who cover patients in all 50 states: Aetna, UnitedHealthcare and Humana.

Patients with individual market plans fared the worst. They were stuck with an average bill of $1,875 per hospitalization by 2013, followed by roughly $1,200 for those with consumer-directed health plans, which generally allow use of health savings accounts, the study found.

In particular, average deductibles -- what consumers pay before insurance kicks in -- nearly doubled, jumping from $145 to $270.

Although the study was conducted before Obamacare, the team pointed to recent Kaiser Family Foundation figures that suggest the upward trend is continuing unabated. Today, Kaiser says 81 percent of patients with employer-based insurance will face an annual deductible approaching $1,300.

"These results are very similar to an analysis we put out a couple months ago," said Kaiser senior vice president Larry Levitt.

"Out-of-pocket health costs are increasing rapidly for people with health insurance at the same time that wages have been stagnant," he said. "This can be a particular challenge for low-wage workers, who often don't have enough savings to cover a financial emergency like a major illness."

The results illustrate the changing nature of health insurance, with the bottom-line being less generous coverage, Levitt added.

The best response, said Kevin Lucia, a senior research professor at Georgetown University in Washington, D.C., is to arm consumers with information.

"Health insurance works for many until you actually have to use it," Lucia said. "And that's because there's a very low level of health literacy among consumers, both among those who have a history of having insurance and all the new people Obamacare is bringing in."

Insurance is a very complicated instrument, Lucia added. "But it's very important that we provide the resources to help consumers get involved and better understand the policies they're buying and their financial risk, so there are fewer surprises," he said.

The findings were published online June 27 in the journal JAMA Internal Medicine.

There's more on out-of-pocket expenses for the insured at U.S. Healthcare.gov.