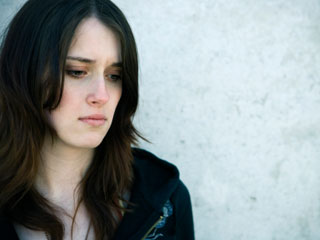 MONDAY, June 27, 2016 (HealthDay News) -- Many teens are turning to risky, unregulated supplements to boost their looks, warns a leading group of U.S. pediatricians.

These products -- including protein powders, steroids and diet pills -- are often useless at best, toxic at worst, said the American Academy of Pediatrics in a new report.

"Doctors think of performance-enhancing substance use as an athlete problem, but many non-athletes are using these substances for appearance enhancement," said Dr. Michele LaBotz, a report co-author.

Boys go for protein supplements, caffeine, steroids and creatine, which revs up energy in cells. Nonprescription weight-loss supplements are popular among girls, the researchers reported.

Over-the-counter supplements, which were deregulated in 1994, are the substances used most often by teens, LaBotz said. Studies have shown many are contaminated with toxic heavy metals, such as lead and mercury, or steroids and stimulants like amphetamines, she added.

The report urges doctors to educate parents and teens about the dangers of these supplements and discourage their use.

"Substances spiked with stimulants put you at higher risk for cardiovascular problems," said LaBotz, a sports medicine physician from South Portland, Maine. "If you are one of the many teens already on stimulants for ADHD, you're compounding the risk of heart problems."

Steroids are obviously dangerous, too, LaBotz added. "A lot of the effects of steroids are irreversible, including stunted growth and the growth of male breasts -- gynecomastia. These don't go away when you stop putting steroids in your body," she noted.

In addition, steroids can cause severe acne, and suddenly stopping them can result in depression and heightened risk of suicide, she said.

There are other concerns about supplements. Many studies have found performance-enhancing supplements are a gateway to using drugs and alcohol and participating in other risky behaviors, LaBotz said.

Based on U.S. surveys of eighth- through 12th-grade students, 5 percent to 7 percent of teen boys use steroids, as many as one in five use creatine, and 20 percent take protein supplements, LaBotz said. Many kids using protein supplements aren't playing sports, the report said.

For most teens, these supplements build no more muscle than what naturally occurs with puberty and a good diet and exercise program, LaBotz said.

Much of the supplement use is driven by the supplement industry and popular culture, LaBotz said. Fitness and health magazines that promote bodybuilding attract teens at risk for using performance-enhancing substances, she said.

One physician faults the culture that promotes a muscled and trim appearance as desirable.

"As long as top athletes make use of such substances, they will propagate the inclination in young people looking on," said Dr. David Katz, director of the Yale-Griffin Prevention Research Center at Yale University, and president of the American College of Lifestyle Medicine.

Professional athletes may not have signed up to be role models, but that comes with the power of success and celebrity, he said.

"Professional sports and society at large should do everything possible to ensure that these ambassadors of peak human performance model only healthy, legitimate means to those ends," Katz said.

These substances lead to health risks more often than they offer any meaningful performance or appearance enhancement, he added.

The pediatricians' group hopes the report will spur discussions about the harms of supplement use. "Often, doctors avoid talking about supplements with kids because it's something they don't know a lot about," LaBotz said.

Parents have a role to play too, she said. "They have a lot of influence and they should know what their teens are taking and should discourage the use of these supplements," she said.

The report was published online June 27 in the journal Pediatrics.

For more on dietary supplements, visit the U.S. National Institutes of Health.