Time zone changes give edge to athletes from west

Time zone changes give edge to athletes from west 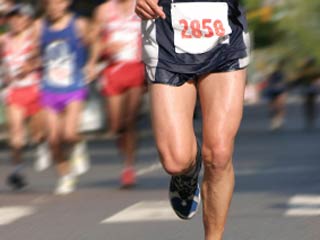 (HealthDay News) -- Traveling across several time zones can be draining for anyone. So, how do professional athletes manage to turn around and compete in games after traveling from one coast to another?

Apparently, not always that well, a new study says. And that's especially true when teams are traveling from an earlier time zone to a later one.

When professional sports teams in North America travel west to east, they have a higher winning percentage than those traveling east to west, researchers said.

The study authors looked at five years of regular season games for the National Basketball Association, the National Football League and the National Hockey League. They compared game outcomes and the direction of travel for all the teams.

The results showed an advantage for teams in all three leagues traveling west to east, but the winning effect was most significant in the NBA. The study only found an association, but suggest circadian rhythms of the athletes are affected. Circadian rhythms are the physical and mental changes responding to daylight and darkness within a 24-hour cycle.

"These results highlight the importance of circadian rhythms in sport performance. They also raise concerns about well-established practices such as early training sessions and late-night athletic competitions and the possible negative effects on performance and health," said study co-author Genevieve Forest, from the University of Quebec, Outaouais.

"The effect of the circadian disadvantage transcends the type of sport being played and needs to be addressed for greater equity among the western and eastern teams in professional sports," she said in an American Academy of Sleep Medicine news release.

The study was published in the journal Sleep. It was also presented Tuesday at the American Academy of Sleep Medicine meeting in Denver.