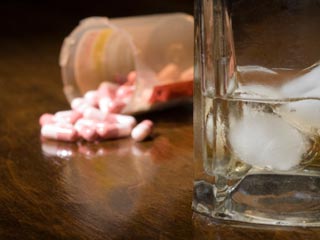 Despite its legitimate medical uses, fentanyl has acquired a growing reputation as a dangerous street drug thanks to at least a dozen synthetic variants now available to users, according to the U.S. Drug Enforcement Administration (DEA).

And fentanyl is only one of numerous synthetic opioids and designer drugs now flooding the illicit drug market in the United States, DEA acting chief Chuck Rosenberg warned during a U.S. Senate hearing last week.

"We are trying to keep up with a picture that changes almost every day," Rosenberg testified. "We've identified something like 400 new psychoactive substances over the last four or five years."

Another synthetic opioid, U-47700, has been connected to at least 50 deaths nationwide, but is so new to the black market that the DEA has not yet moved to control it, according to the Associated Press.

Synthetic narcotics are dangerous because their potency can far outstrip traditional opioids. For example, fentanyl is 25 to 40 times more potent than heroin, and 50 to 100 times more potent than morphine, said Dr. Mitra Ahadpour. She is a medical officer with the Center for Substance Abuse Treatment in the U.S. Substance Abuse and Mental Health Services Administration.

Rosenberg testified that "fentanyl is so dangerous we've had to instruct our agents that if they touch it or inhale it accidentally, they can die."

Ahadpour explained that "if someone is not opioid-tolerant, and uses either pharmaceutical or illicit fentanyl, you have a very high increased chance of respiratory depression and dying. Their breathing slows down, it goes to shallow breathing, and then they stop breathing."

There's wide variation in the potency of these synthetic drugs, and often they are cut with other illicit drugs, Ahadpour added. A user might buy heroin not knowing that it has been cut with fentanyl to increase its potency.

Eleanor Artigiani, deputy director of policy and governmental affairs with the University of Maryland's Center for Substance Abuse Research, said, "They may think they're getting heroin, or they're just buying a Xanax pill off the street, when it's actually one of these other substances."

Artigiani added, "From what I've been hearing recently, sometimes even the people selling these drugs don't know exactly what's in them either. It's like Russian roulette, because you don't really know what you're getting or what effect it's going to have on you."

Toxicology tests concluded that Prince died from a fentanyl overdose, although the medical examiner's report did not say whether the fentanyl was prescription or an illicit analog, CNN reported.

Designer drugs are typically based on medications that have been around for decades, Artigiani said.

Fentanyl was first created in Belgium in the late 1950s, the DEA says, while U-47700 was developed in the 1970s by the pharmaceutical company Upjohn as a potential alternative for morphine.

Black market drug makers come across the formula for a drug, and then tweak the molecule slightly so that it has the same effect on people but isn't technically the same substance, Artigiani explained.

"There's a journal article or a patent document or something that gets produced," she said. "Illicit chemists find it and reproduce it or tweak the molecules to look for other kinds of things that aren't illegal, that haven't been scheduled yet."

Other synthetic opioids on the streets include substances with names like W-18, AH-7921 and MT-45, according to Congressional testimony provided by James Hall, an epidemiologist with the Center for Applied Research on Substance Use and Health Disparities at Nova Southeastern University in Miami.

The designer drugs enter the United States either through the mail or across the Mexican or Canadian border, he said, and often are sold at head shops and other retail stores.

State and federal lawmakers are reviewing legislation designed to improve response against new synthetic narcotics, Botticelli said, and the United States is leading discussions with international partners to improve the global response to these drugs.

"I almost feel each time I sign an administrative control regulation that I'm simply telling the bad guys, 'Not this one any more. Move over here.' And that's what they do," Rosenberg said. "For every one substance we've controlled, legislatively or administratively, there are 11 more out there that are uncontrolled."

For more on synthetic drugs, visit the U.S. Senate Committee on the Judiciary.