Zika could spread in southern Europe this summer

Zika could spread in southern Europe this summer 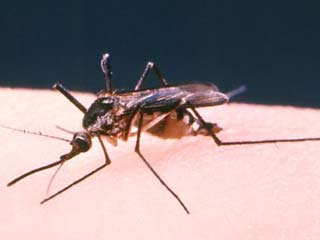 (HealthDay News) -- The Zika virus could spread in southern Europe this summer if it's introduced to the region by infected travelers, researchers warn.

Zika is transmitted by the Aedes aegypti mosquito, which is present in southern Europe. An analysis of a number of factors, including temperatures and air traveler patterns, suggests that parts of southern Europe may be at risk for Zika outbreaks between June and August.

"We know warm climates create the kind of conditions suitable for mosquito-borne illnesses to spread," said study author Joacim Rocklov. He is a researcher in the unit for epidemiology and global health at Umea University, in Sweden.

While most people only suffer mild symptoms after being infected with the Zika virus, infection during pregnancy can cause a devastating birth defect known as microcephaly, where babies are born with abnormally small heads and brains.

The vast majority of Zika infections have occurred in Latin America, and Brazil has been the epicenter with an estimated 5,000 cases of microcephaly.

"The presence of established Aedes mosquito populations, the warmer climate and the coinciding peak flow of air travelers [from Zika-affected areas in the Americas] into Europe is a triage making southern Europe fertile ground for Zika," Rocklov explained in a university news release.

The study was published June 10 in the journal EBioMedicine.

While Zika is typically spread via the bite of the Aedes mosquito, there is increasing evidence that the virus can also be transmitted through sex, possibly even oral sex.

In light of that, the World Health Organization advises couples who are trying to have children and live in Zika-affected areas to consider delaying pregnancy to avoid having babies born with birth defects.

The new guideline replaces an earlier one that suggested women planning to become pregnant should wait at least eight weeks before trying to conceive if they or their partner live in -- or are returning from -- Zika-affected regions.

U.S. health officials have said they expect to see Zika infections in Gulf Coast states such as Florida, Louisiana and Texas as the summer mosquito season picks up.