5 diet drugs: Which ones work?

5 diet drugs: Which ones work? 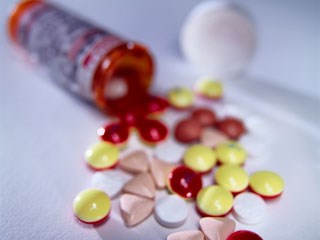 (HealthDay News) -- Any of the prescription weight-loss drugs on the market can help obese people shed pounds, although some seem more effective than others, a new study finds.

Currently, five drugs are approved in the United States for managing obesity. But little has been known about how they stack up against one another, said Dr. Siddharth Singh, the lead researcher on the new study.

The findings -- based on more than 29,000 people in total -- show all five drugs can work. But people on certain drugs tended to be more successful, at least over one year.

Specifically, people using Qsymia (phentermine-topiramate) or Victoza (liraglutide) had the highest odds of shedding at least 5 percent of their initial weight. Those taking Xenical (orlistat) had the lowest odds.

However, there is no single drug that's "best" for everyone, stressed Singh, an assistant clinical professor at the University of California, San Diego.

He cautioned that his team's numbers are just averages across study groups. Plus, he said, the side effects of each medication vary, and that is an important factor in treatment decisions.

Nikhil Dhurandhar, a spokesman for the Obesity Society, agreed that people respond differently to any given weight-loss drug.

"In general, if you give drug 'X,' there will be a wide variation in patients' responses," said Dhurandhar, who is also a professor of nutritional sciences at Texas Tech University in Lubbock. He wasn't involved in the study.

Some people will have "zero" weight loss -- or even gain weight -- while others will see the pounds drop off, Dhurandhar said.

He also stressed that there is no such thing as a magic weight-loss pill.

"These drugs can help you eat less through effects on appetite," Dhurandhar explained. "But you have to change your diet and get regular exercise."

"Medications are supplements, not substitutes, to your efforts," he said.

For the study, Singh's team analyzed findings from 28 clinical trials testing the five approved drugs for obesity: Qsymia, Victoza and Xenical, along with Belviq (lorcaserin) and Contrave (naltrexone-bupropion).

On average, the researchers found, each drug worked better than a placebo in helping obese adults lose weight over a year. But certain medications seemed more effective than others.

People on Qsymia typically lost the most weight -- almost 20 pounds more, versus study patients given placebo pills. They were also nine times more likely to drop at least 5 percent of their initial weight, the researchers found.

But not everyone benefited. In studies of all of the drugs, Singh noted, a significant number of people dropped out because of side effects.

And those dropouts were more common with certain medications, the study found. People taking Contrave or Victoza were almost three times more likely to quit a trial over side effects, compared with placebo users. According to Victoza's maker, the drug can cause inflammation of the pancreas or kidney problems.

Just as people vary in their weight-loss success with any given drug, their risks of side effects will differ, too, Singh said.

He pointed to Contrave as an example. Because it contains the antidepressant bupropion, it carries a boxed warning about the potential risk of suicidal thoughts. So it might not be the best choice for someone with psychiatric conditions that could make them more vulnerable, Singh said.

Victoza, meanwhile, is an injection drug prescribed for controlling high blood sugar in people with type 2 diabetes. So if a patient needs medication for diabetes as well as weight loss, Victoza might be a good option, Singh said.

Most of the medications have been approved only in the past few years, so one question is whether they maintain their effects over the long run, Singh said.

Still, he said, medications are an important option for managing obesity. And if one does not work, Dhurandhar added, he'd recommend trying another.

The study results were published June 14 in the Journal of the American Medical Association.

The U.S. National Heart, Lung, and Blood Institute has more on obesity treatment.