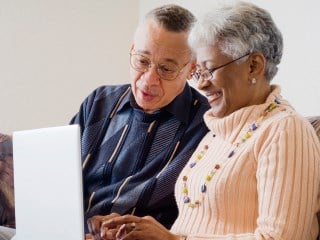 "This suggests, for the typical person, there really is an act beyond work -- that once you reach age 65, you can likely look forward to years of healthy activity," said study co-author David Cutler, a professor of applied economics at Harvard.

"So this is good news for the vast bulk of people who can now look forward to healthier, disability-free life, but it's also good news for medical care because it demonstrates the value of medical spending," he said in a university news release.

The researchers said improvements in vision care and in heart disease prevention and treatment are major factors behind the trend towards healthier, longer lives.

"There has been an incredibly dramatic decline in deaths and disabilities from heart disease and heart failure. Some of it is the result of people smoking less, and better diet, but we estimate that as much as half of the improvement is because of medical care, especially statin drug treatment, which is both preventing heart attacks and improving people's recovery," Cutler said.

Cataract treatment is responsible for much of the improvement in vision health.

"In the past, cataract surgery was very lengthy and technically difficult. That same surgery today can be done in an outpatient setting, so that complications and disability are significantly ameliorated," Cutler said.

"It used to be that when you turn 70, your occupation became managing your health. Now you can increasingly just live your life," he concluded.

The study is described in a working paper released recently by the National Bureau of Economic Research.

The U.S. Centers for Disease Control and Prevention has more on healthy aging.