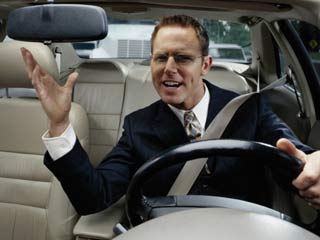 (HealthDay News) -- Talking on a hands-free phone while driving may be just as distracting and dangerous as using a hand-held phone, according to a new study.

In lab-based tests, British researchers found that having conversations that activated the visual imagination resulted in participants detecting fewer road hazards in a video.

"A popular misconception is that using a mobile phone while driving is safe as long as the driver uses a hands-free phone. Our research shows this is not the case," said Graham Hole, a senior lecturer in psychology at the University of Sussex.

"Hands-free can be equally distracting because conversations cause the driver to visually imagine what they're talking about. This visual imagery competes for processing resources with what the driver sees in front of them on the road," Hole said in a university news release.

Tested while using a hands-free phone, the study participants focused on a smaller area of the road ahead of them, and failed to see hazards even when they looked directly at them, the researchers noted.

The findings suggest that conversations may use more of the brain's visual processing resources than previously believed, and show that any type of phone conversation -- hands-free or hand-held -- while driving is risky.

"Our findings have implications for real-life mobile phone conversations. The person at the other end of the phone might ask, 'Where did you leave the blue file?', causing the driver to mentally search a remembered room. The driver may also simply imagine the facial expression of the person they're talking to," Hole explained.

"The only 'safe' phone in a car is one that's switched off," he concluded.

The study findings were published June 7 in the journal Transportation Research.

The U.S. Centers for Disease Control and Prevention has more about distracted driving.