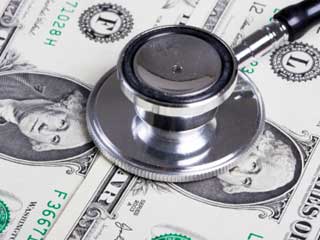 (HealthDay News) -- The United States pays the highest prices in the world for generic and brand-name cancer drugs, a new study has found.

However, as the world's wealthiest nation, the United States is better able to pay for those pricey drugs than poorer countries with somewhat lower medication prices, added study lead author Dr. Daniel Goldstein.

People in China and India are much less able to afford cancer drugs than Americans, he said, even though U.S. monthly drug prices are about three to six times higher in the United States.

That doesn't mean America came out on top in overall drug affordability, however. Developed nations such as Australia, England and Israel had the "best deal" in the world on cancer drugs, thanks to government programs that regulate drug pricing, the study found.

"America is the wealthiest nation, but its drug prices are significantly higher -- so much so that cancer medications are less affordable in the U.S. than developed countries like England or Australia," said Goldstein, who's a senior medical oncologist at Rabin Medical Center in Petach Tkvah, Israel.

Goldstein was scheduled to present the findings Monday at the American Society for Clinical Oncology annual meeting, in Chicago. Research presented at medical meetings is typically considered preliminary until published in a peer-reviewed journal.

On average, the study found that Americans pay the most per month for both brand-name drugs ($8,694) and generics ($654).

However, drug prices are only one factor in determining affordability, the study authors noted. Some countries have distinct economic advantages, which make their citizens better able to pay for medications, Goldstein explained.

So, to do a more "apples-to-apples" comparison of drug affordability, the researchers employed a global economic measurement called "GDP per capita based on purchasing power parity," or GDPcapPPP.

The International Monetary Fund supplied each country's GDPcapPPP -- a measure of national wealth that factors in citizens' cost of living.

Under that statistical filter, the average monthly price of brand-name drugs amounted to 192 percent of the United States' GDPcapPPP.

"Even though the prices are lower, the GDP per capita is a lot lower in those poorer countries," Goldstein said.

Meanwhile, average monthly brand-name drug prices in England were 78 percent of that nation's GCPcapPPP, and 71 percent of the GDPcapPPP in Australia.

In some developed nations -- like Australia and England -- the government has stepped in to regulate drug prices, resulting in a better value for their citizens, Goldstein said.

"In the United States, the system is lacking any assessment of value," he said. "The FDA approves a drug based on safety and efficacy, but there's no consideration for cost or value."

Cancer expert Dr. Sharon Giordano reviewed the new findings. She said she's worried that "we may eventually hit some kind of breaking point" when it comes to cancer drug prices in the United States.

"The cost of drugs for cancer care has been increasing substantially faster than the cost of the rest of medical care in the United States," said Giordano, a breast medical oncologist and chair of health services and health disparities research at the University of Texas MD Anderson Cancer Center in Houston.

"While right now we are able to sustain ourselves, there's a lot of concern that in future years we won't be able to," Giordano continued. "Then the U.S. will be forced to confront really difficult questions about how we're going to afford to pay for cancer care."

Countries like England and Australia have been able to control drug prices without significantly affecting cancer treatment, Giordano said.

"You may not have access in those countries to every single drug that the United States has access to, but I think they've reached more of a compromise," she said.