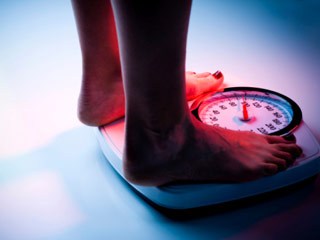 About five years after surgery, the death rate was just over 1 percent for those who had weight-loss surgery and 4 percent among those in the non-surgery group, researchers said.

For the study, the researchers -- led by Christina Persson from the University of Gothenburg in Sweden -- reviewed data from almost 49,000 obese people in Sweden. They were between 18 and 74 years old.

More than 22,500 people had weight-loss surgery between 2000 and 2011. The study compared them with about 26,000 people who did not have the surgery. Most of those in the surgery group had the procedure known as gastric bypass (93 percent).

According to the study, the overall death rate decreased by 57 percent in the surgery group, compared to the non-surgery group. This figure held steady after researchers adjusted for age and other previous conditions such as heart disease, cancer and diabetes.

Heart disease and cancer accounted for most of the significant difference in death rates between obese people who had weight-loss surgery and those who didn't, the researchers said.

The study was scheduled to be presented Thursday at the European Obesity Summit. Findings presented at meetings are generally viewed as preliminary until they've been published in peer-reviewed journals.