Is smoking during pregnancy tied to offspring's schizophrenia ri

Is smoking during pregnancy tied to offspring's schizophrenia risk? 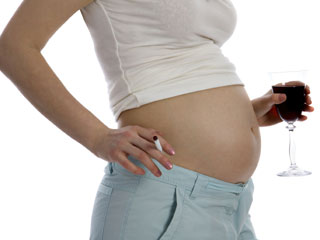 (HealthDay News) -- Smoking during pregnancy may increase the risk that a child could develop schizophrenia, new research suggests.

"This is, so far, the largest study to show an association between prenatal nicotine exposure and schizophrenia," said study author Dr. Solja Niemela. She is a professor of psychiatry and addiction medicine at the University of Oulu, Lapland Hospital District, in Rovaniemi, Finland.

Although the study didn't prove cause and effect, the finding is the first to be based on blood sample analyses that provided evidence of nicotine exposure in the womb, rather than on less reliable maternal recollections of smoking behavior, Niemela added.

Still, she added that "the causes of schizophrenia are multifaceted."

"It is likely that prenatal smoking exposure alone does not cause schizophrenia," said Niemela. "Rather, there is [probably] an interplay of genetic and environmental factors."

Niemela and her co-authors from Columbia University's Mailman School of Public Health in New York City and the New York State Psychiatric Institute reported the results in the May 24 issue of the American Journal of Psychiatry.

Prior research had indicated that between 12 percent and 25 percent of all pregnant women in Western nations smoke, the investigators said.

The problem: Once absorbed by the mother-to-be, nicotine can pass easily into the placenta and enter the fetus' bloodstream. This can raise the risk of a host of complications that could affect a newborn's brain, the researchers said.

But earlier efforts to assess the dangers that maternal smoking might pose for schizophrenia among children have been inconclusive, the researchers said.

The new investigation focused on nearly 1,000 Finnish teens and young adults who had been diagnosed with schizophrenia. All had been drawn from Finland's comprehensive national registry of births covering the years 1983 to 1998.

To gauge the participants' nicotine exposure while in the womb, the study authors analyzed data from blood samples that had been obtained from the pregnant mothers during routine HIV, syphilis and hepatitis screenings that all pregnant women in Finland undergo.

The researchers looked at maternal levels of cotinine, a tobacco byproduct considered to be a standard measure of tobacco exposure.

The result: Even after accounting for the pregnant mother's age, the child's birth weight and/or any maternal history of psychiatric disorders, the investigators concluded that "heavy" nicotine intake during pregnancy appeared to be associated with a 38 percent rise in the risk for schizophrenia among offspring.

The study authors said they weren't able to assess schizophrenia risk that might be associated with childhood exposure to secondhand smoke following birth. They noted, however, that nicotine exposure from secondhand smoke is "considerably lower" than exposure while in the womb.

So, "given the high frequency of smoking during pregnancy," said Niemela, "these results, if replicated, may ultimately have important public health implications for decreasing the incidence of schizophrenia."

But, she reiterated, many factors, both genetic and environmental, play a role in schizophrenia risk.

That thought was seconded by Elaine Walker, director of the Mental Health and Development Program at Emory University in Atlanta.

"It is currently assumed that schizophrenia and other psychotic disorders are associated with a broad range of risk factors, both prenatal and postnatal, that can alter brain development," she said.

"These factors likely interact with pre-existing brain vulnerabilities, some of which may be due to inherited genetic risk factors and others a result of spontaneous genetic mutations that are not possessed by either parent," Walker added. "Schizophrenia is therefore considered to be a complex illness that involves many and varied causes."

Walker also said that "as is the case with most prenatal risk factors, the majority of individuals [in the study] who were exposed to smoking did not develop a serious mental illness."

But she noted that the study "adds to our understanding of the broad range of prenatal factors that have the potential to incrementally contribute to risk for schizophrenia [and] highlights the importance of good prenatal care and health for the prevention of a wide range of illnesses in children."