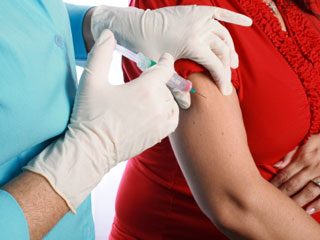 (HealthDay News) -- The number of pregnant women in the United States infected with the Zika virus has just tripled because cases are now being counted in a more comprehensive way, federal health officials said Friday.

So far, a total of 279 infected women are being followed in the United States and its territories, according to two registries that have been created by the U.S. Centers for Disease Control and Prevention.

Previously, only cases of pregnant women who had Zika-related symptoms or pregnancy complications were being tallied, CDC officials said. But recently published reports have found that some pregnant women show no symptoms of Zika infection, yet still give birth to babies with a severe brain defect known as microcephaly.

"These updated numbers reflect all pregnant women in the United States and territories with any laboratory evidence of Zika virus infection, regardless of whether they had symptoms," Dr. Margaret Honein, chief of the birth defects branch at the CDC's National Center on Birth Defects and Developmental Disabilities, said during a Friday morning media briefing.

Using the new registries will provide a more complete picture of the effects of Zika on pregnant women in the United States, Honein added.

As of May 12, the two U.S. registries were monitoring 157 pregnant women in the United States and 122 pregnant women in U.S. territories who have laboratory evidence of possible Zika infection, CDC officials said. Before that, only 48 cases had been reported in the United States, while 65 cases had been reported in the U.S. territories, which include Puerto Rico.

Most of the women are still pregnant, and less than a dozen have had either a miscarriage or an infant with a birth defect, Honein said.

Zika is the first mosquito-borne illness known to cause birth defects, CDC officials have said. While the virus typically only prompts mild symptoms in most adults, it can cause fetal brain defects if a pregnant woman becomes infected.

Brazil has been at the epicenter of the Zika outbreak, with nearly 5,000 confirmed or suspected cases of microcephaly, which causes babies to be born with abnormally small heads and brains.

In the United States, the virus is expected to become active in at least some southern coastal states this summer, as it typically passes from person to person via the bite of the Aedes Aegypti mosquito, U.S. health officials have said. However, there have also been cases where Zika was transmitted through sexual contact.

To limit any potential spread of Zika virus via mosquitos, health officials on the federal, state and local level are deploying a three-pronged strategy: improving mosquito control; expanding their ability to test for Zika; and urging the public to protect themselves against mosquitoes.

On Friday, President Barack Obama said Congress has "got to get moving" on a Zika funding package to implement the U.S. government's Zika prevention strategy, the Associated Press reported. Obama has asked Congress to allocate $1.9 billion to combat the Zika threat.

The House and Senate have advanced bills to fight the virus, but the House version involves much less money, according to the AP. Obama is pushing for a funding package that comes closer to the $1.1 billion Senate bill.