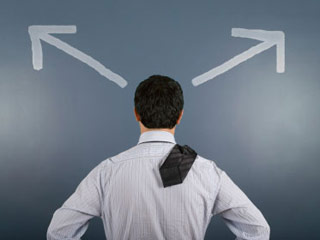 (HealthDay News) -- Whether you love or hate your nose, you have certain genes to thank for its distinctive look, a new British study finds.

"What we've found are specific genes which influence the shape and size of individual features, which hasn't been seen before," said study lead author Kaustubh Adhikari, a developmental biologist at University College London.

The researchers pinpointed four genes that affect the width and pointiness of the nose, as well as another gene that influences chin protrusion.

"Few studies have looked at how normal facial features develop, and those that have only looked at European populations, which show less diversity than the group we studied," Adhikari said in a college news release.

The findings could improve understanding of how the human face evolved, the researchers suggested. It may also prove useful in forensic DNA technologies that create a person's face based on their genetic makeup, the investigators said.

"Finding out the role each gene plays helps us to piece together the evolutionary path from Neanderthal to modern humans. It brings us closer to understanding how genes influence the way we look, which is important for forensics applications," Adhikari explained.

The nose aids in regulating the humidity and temperature of the air humans breathe. Experts have long suspected that the shape of the nose may change based on the environment where humans lived and evolved.

"For example, the comparatively narrower nose of Europeans has been proposed to represent an adaptation to a cold, dry climate," said study co-author Andres Ruiz-Linares, biosciences professor at University College London.

"Identifying genes affecting nose shape provides us with new tools to examine this question, as well as the evolution of the face in other species. It may also help us understand what goes wrong in genetic disorders involving facial abnormalities," Ruiz-Linares added.

The study was published May 19 in the journal Nature Communications.

The American Academy of Otolaryngology -- Head and Neck Surgery has more about the nose.