Folic acid for moms-to-be not as effective as thought?

Folic acid for moms-to-be not as effective as thought? 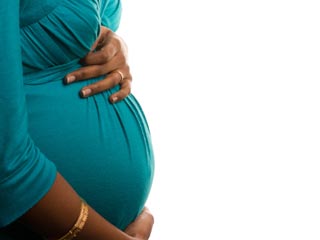 FRIDAY, May 20, 2016 (HealthDay News) -- Fortifying cereals, grains and flour with folic acid has not protected against the risk of certain birth defects as much as experts thought it would, a large, new study suggests.

At issue are neural tube defects, which include anencephaly, a fatal condition where a baby's brain does not develop, and a paralyzing spinal cord deformity known as spina bifida.

In the late 1990s, health experts found that low folic acid blood levels were linked to both birth defects. So, the U.S. Food and Drug Administration mandated that cereal and grain products be fortified with the B vitamin.

To measure just how effective that effort has been, investigators from Stanford University School of Medicine analyzed 1.3 million births across eight central California counties over two decades.

But digging deeper, investigators found that that risk had already started to decline before the 1997 fortification mandate. There was a risk drop of nearly 9 cases per 100,000 births every year between 1989 and 1996 alone, the researchers said.

And that downward trend actually slowed after fortification, dipping by 1.7 cases for every 100,000 births annually between 1999 and 2010, the study authors said.

Study co-author Gary Shaw, associate chair of clinical research at Stanford's department of pediatrics, said a number of unexamined factors might have played a role in the trend, including a notable rise in maternal obesity.

"And we now have to wonder if folic acid is the whole answer," he said.

"What we do know, however, is that this is not a message to women that they should now do anything differently," Shaw stressed. "I certainly do not want to convey that folic acid doesn't work. We're all very grateful that we found folic acid a while back. And it works."

That thought was seconded by Laura Baldwin, a public health analyst with the U.S. National Center on Birth Defects and Developmental Disabilities, part of the Centers for Disease Control and Prevention.

"CDC researchers have found that since folic acid fortification began in the United States, about 1,300 babies are born each year without a neural tube defect who might otherwise have been affected," she said.

"The benefits of folic acid for the prevention of neural tube defects are well-documented," said Baldwin. "The CDC continues to recommend that, to reduce their risk for a neural tube defect-affected pregnancy, women capable of becoming pregnant should take 400 micrograms of synthetic folic acid daily, from fortified foods or supplements or a combination of the two, in addition to consuming food with folate from a varied diet."

Shaw and his colleagues reported their findings online May 18 in the journal Birth Defects Research Part A.

There's more on folic acid and birth defects at the U.S. Centers for Disease Control and Prevention.