25 million Americans will struggle with vision problems by 2050

25 million Americans will struggle with vision problems by 2050 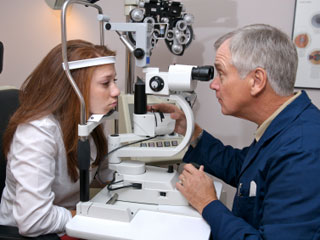 (HealthDay News) -- As baby boomers age, the number of Americans with vision problems and blindness is expected to double over the next three decades, a new study suggests.

In 2015, slightly more than 12 million Americans had a vision problem. But by 2050, that number will rise to 25 million, the researchers predicted.

"This study gives us a GPS for our nation's future eye health," said lead researcher Dr. Rohit Varma, a professor of ophthalmology at the University of Southern California Keck School of Medicine in Los Angeles.

"Our group and others have shown in previous studies that those who suffer from vision loss not only have a decreased quality of life but can also experience both physical and mental health decline, including an increased risk for chronic health conditions such as diabetes, depression and even death," he said.

The economic burden from vision loss and eye problems in the United States was estimated to be over $139 billion annually in 2013, Rohit said.

More education and screenings are critical for both younger and older Americans to prevent vision impairment that can dramatically affect quality of life, he added.

Regular eye exams, especially for those 40 and older, is an important tool for catching eye problems such as glaucoma, age-related macular degeneration and cataracts. Routine screening also ensures your eyeglass prescription is up-to-date.

"The earlier we can diagnose and treat potentially blinding eye diseases, the greater the likelihood that more people will have the chance to live longer lives without the physical limitations and emotional challenges of vision loss," Rohit said.

The study findings were published online May 19 in the journal JAMA Ophthalmology.

For the study, Rohit and colleagues analyzed data on men and women aged 40 and older from six studies on vision loss and blindness. Then they estimated the prevalence of these problems through 2050. U.S. Census data was used to project vision impairment and blindness by age, sex, race and ethnicity and state.

In 2015, whites, women and older adults had the highest prevalence of vision problems, and that will still be the case in 2050, the researchers predicted.

The researchers also estimated that people in Florida and Hawaii will have the most vision problems, and people in Mississippi and Louisiana will have the highest prevalence of blindness.

Breaking it down by type of vision impairment, the researchers estimated that by 2050: 2 million Americans will struggle with blindness; 7 million will have glaucoma, which damages the optic nerve, or age-related macular degeneration, which destroys the retina; and 16 million will have the wrong eyeglasses.

"The biggest cause of the increasing vision problems in the U.S. is the growth and aging of the population," said Dr. Alfred Sommer, a professor of ophthalmology at Johns Hopkins University School of Medicine in Baltimore.

The biggest causes of blindness are macular degeneration and glaucoma, Sommer added. "While we have some treatment for these two, they are not ideal by any means," he said.

The other major cause of vision problems are cataracts, Sommer said. There's a simple, quick procedure to replace the clouded lens in the eye with a plastic one and restore normal vision, he noted.

Sommer doesn't think everyone needs an eye exam every year. However, blacks should start getting an annual exam at an earlier age than whites because blacks are at higher risk of glaucoma, he said.

"After age 40, whites should have a regular eye exam every other year," he said.

For more on aging and vision, visit the U.S. National Eye Institute.