High HIV rates for gay men in some southern cities

High HIV rates for gay men in some southern cities 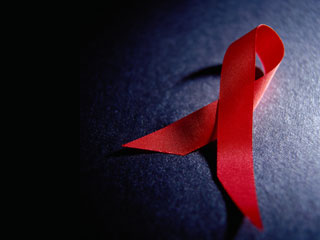 (HealthDay News) -- Rates of HIV infection among gay and bisexual men are approaching 30 percent to 40 percent in some southern U.S. cities, a new report finds.

Of the 25 U.S. metropolitan areas with the highest rates, 21 were in southern states, the researchers said. Their analysis of 2012 data identified six states where more than 15 percent of gay/bisexual men had HIV, and all of those states were in the South.

Overall, about 15 percent of gay/bisexual men in the United States have HIV, the virus that causes AIDS, said a team led by Eli Rosenberg, assistant professor of epidemiology at Emory University in Atlanta.

Gay and bisexual men account for about two-thirds of all new HIV diagnoses in the United States each year, but the new report shows that infection rates vary widely depending on the state or city.

"Our analyses are the first to present HIV rates among [gay/bisexual men] broken down by states, counties, and metropolitan statistical areas," Rosenberg said in an Emory news release.

Dr. Jonathan Mermin is director of the U.S. Centers for Disease Control and Prevention's National Center for HIV/AIDS, Viral Hepatitis, STD, and TB Prevention. "By pinpointing where HIV strikes the hardest, we have a key piece of the puzzle highlighting the largest disparities within states and the South," Mermin said.

"We hope these data empower local public health officials, community-based organizations and everyone fighting HIV to bring resources to the gay and bisexual men who need them the most," he added.

The study was published online May 17 in the journal JMIR Public Health and Surveillance.

The U.S. Centers for Disease Control and Prevention has more about HIV/AIDS.