Zika symptoms may vary, so testing is crucial

Zika symptoms may vary, so testing is crucial 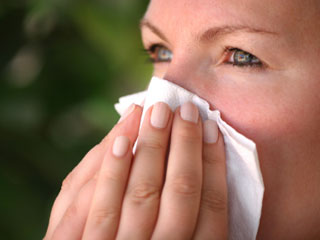 (HealthDay News) -- Zika infection isn't always obvious. In one recent case, a rash, bloodshot eyes and spots in the mouth were key symptoms of infection with the mosquito-borne virus, researchers report.

The 44-year-old patient had no fever, a common sign of Zika infection. But he complained of headache, fatigue and redness on his arms and hands just days after returning to the United States from Puerto Rico, where the mosquito-borne virus is circulating.

Zika infection was only confirmed by blood and urine tests administered after the man recovered.

Researchers are publicizing the case to highlight lesser known characteristics of the illness, which is usually mild but can cause serious birth defects and neurological problems.

"Our aim [is] to provide a more detailed description of skin, mucosal and tissue findings than exists in the literature, with the goal of improving awareness and recognition of suspected cases by the health care community," said report co-author Dr. Amit Garg.

The problem with diagnosing Zika is the virus shares many characteristics with other illnesses, explained Garg, an associate professor of dermatology at Hofstra Northwell School of Medicine, in New Hyde Park, N.Y.

The disease has captured global attention in the last year because of widespread infections in Central and South America.

According to the World Health Organization, 64 countries and territories have reported Zika transmission, largely spread by the Aedes aegypti mosquito, the same mosquito that transmits dengue and yellow fever. Sexual intercourse and probably blood transfusions are also thought to spread infection, experts say.

According to the U.S. Centers for Disease Control and Prevention, the U.S. mainland has seen just 472 cases, all contracted outside the country. But health officials predict Zika-carrying mosquitoes will threaten the Gulf States, including Florida, Louisiana and Texas, by summer.

Garg and his colleagues present their findings in online May 11 in the journal JAMA Dermatology. They said the patient became fatigued and developed a headache within three days of his return to the United States.

One day later, he experienced itch-free redness and inflammation on his arms, hands and palms. The inflammation spread to his torso within 24 hours, before fading and moving to the lower extremities, notably the knees and feet.

He later developed a burning sensation and joint pain in his wrists, knees and ankles.

Within eight days, many of his initial symptoms cleared up.

Only later, after a full medical screening, did researchers catalogue clear signs of infection and render a Zika diagnosis.

Based on this case, Garg's team concluded that Zika rashes manifest as "tiny closely-set red bumps" that spread from the upper to lower half of the body over several days.

"Tiny red patches" also tend to appear on the roof of the mouth, and eyes may appear bloodshot, though not all patients will have all of those symptoms, Garg said.

Ultimately, "your doctor will need blood and/or urine samples to confirm the presence of the Zika virus," said Garg. However, a dermatologist may be able to eliminate Zika as a possibility, he added.

Earlier this week, U.S. health officials reported that urine tests seem far better than a traditional blood test at detecting the infection. If those findings bear out in further research, it could become easier to screen for the Zika virus.

Most experts say Americans shouldn't panic, but they should be aware of the Zika threat.

"We live in a globally interconnected world, where the rapidity of modern travel allows us, and the microbes that infect us, to be virtually anywhere within only hours," said Lola Stamm. She is an associate professor of epidemiology at the Gillings School of Global Public Health at the University of North Carolina at Chapel Hill.

The bottom line, warned Stamm: "Travel and trade can bring 'new' pathogens and their vectors to our doorstep in only hours."

With no known treatment or vaccine for Zika, experts can only recommend long-sleeved clothing and DEET-laced repellent to limit risk, or avoiding regions where the virus is circulating.

There's more on Zika virus at the U.S. Centers for Disease Control and Prevention.