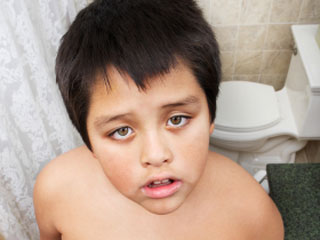 TUESDAY, May 10, 2016 (HealthDay News) -- British researchers say two key reasons explain why kids from disadvantaged families are more often overweight and obese than other children: mom smoking in pregnancy and being overweight before pregnancy.

The findings suggest "a considerable amount of the social inequalities in pre-adolescent overweight can be explained by these two variables," said David Taylor-Robinson, of the University of Liverpool's department of public health and policy, and colleagues.

It's known that overweight and obesity are more common among children in lower-income families, but exactly why wasn't clear, the researchers said.

Using data on children born in the United Kingdom, the researchers checked the weight of nearly 10,000 11-year-olds. The study authors also analyzed information provided by mothers about their education levels, pregnancy, the child's birth and delivery, and early life factors such as breast-feeding and when solid foods were introduced.

While the study only found an association, one in three children whose mothers were less educated was overweight, compared with one in five whose mothers had at least a university degree, according to the findings.

Smoking in itself may be an indicator of economic disadvantage, the researchers said.

The study was published online May 9 in the journal Archives of Disease in Childhood.

"Policies to support mothers to maintain a healthy weight, breast-feed and abstain from smoking during pregnancy are important to improve maternal and child health outcomes," the researchers said in a journal news release. "Our study provides some evidence that they may also help to address the continuing rise in inequalities in childhood overweight."

The U.S. Centers for Disease Control and Prevention has more on childhood obesity.