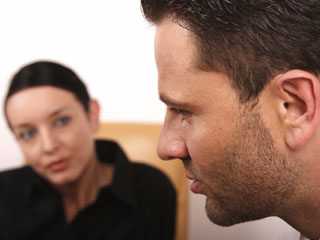 (HealthDay News) -- A type of psychotherapy might help cancer survivors deal with the long-term thinking problems some experience after chemotherapy, researchers say.

It's estimated that about half of those who undergo chemotherapy for cancer develop what's often called "chemo brain." For instance, they may have trouble following conversations or remembering the steps in a project, according to background notes with the new study.

Although usually mild, these changes can affect quality of life, job performance and relationships, said the researchers from the Eastern Maine Medical Center and Lafayette Family Cancer Center in Bangor, Maine.

Their study involved 47 breast cancer survivors who underwent chemotherapy an average of four years earlier. Some were assigned to receive eight CBT sessions that lasted about 30 to 45 minutes each.

For both groups, the sessions were conducted via videoconference to minimize patients' travel time. Participants also completed thinking tests and answered questionnaires about their memory issues and related anxiety. Verbal memory and processing speed was also tested.

Participants were retested after completing all eight sessions and again two months later.

The CBT participants reported significantly fewer memory problems and better processing speed than those who received supportive therapy, according to the study published online May 2 in the journal CANCER. They also reported much less anxiety about mental problems two months after their psychotherapy ended.

"This is what we believe is the first randomized study with an active control condition that demonstrates improvement in cognitive symptoms in breast cancer survivors with long-term memory complaints," said study leader Robert Ferguson in a journal news release. He is currently at the University of Pittsburgh Cancer Institute.

"Participants reported reduced anxiety and high satisfaction with this cognitive-behavioral, non-drug approach," Ferguson said. Also, because treatment was delivered via videoconference device, he said the study demonstrates it's possible "to improve access to survivorship care."