Bullying can turn victims into bullies

Bullying can turn victims into bullies 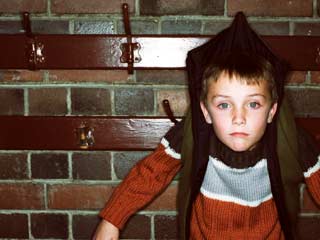 (HealthDay News) -- A combination of face-to-face taunting and cyberbullying may greatly increase the risk that victims will become bullies themselves, a new study suggests.

"Students who are victimized are more likely to exhibit aggressive behaviors towards others," said study principal investigator Alexandra Hua, from Cohen Children's Medical Center of New York. "This phenomenon may lead to a vicious cycle whereby bullies create bullies out of those they victimize."

In the study, researchers analyzed data from U.S. students aged 10 to 17. The investigators found that 43 percent of the children had experienced face-to-face bullying and 7 percent had been subjected to some form of cyberbullying through text messages, social media and other means.

Kids who experienced either in-person or online bullying were more likely to display aggressive behaviors, such as physical fighting, verbal hostility, property damage and peer coercion, the findings showed.

But the risk of those behaviors was more than twice as high among victims of both types of bullying, the study authors said.

The findings were scheduled for presentation Saturday at the Pediatric Academic Societies annual meeting, in Baltimore.

The results are concerning, but not surprising, study senior investigator Dr. Andrew Adesman said in an American Academy of Pediatrics news release.

"These behaviors may involve retaliatory measures against their aggressors, acting aggressive in order to fend off future bullying attempts, or worse, learning by example and engaging in bullying of previously uninvolved peers," Adesman said. He is chief of developmental and behavioral pediatrics at Cohen Children's Medical Center of New York.

Hua also noted that with the high rates of mobile device use by young people, there should be greater focus on cyberbullying and its harm, especially when combined with face-to-face bullying.

Research presented at meetings should be viewed as preliminary until published in a peer-reviewed journal.

The U.S. Department of Health and Human Services has more on bullying.