Getting active after knee replacement might raise hip fracture r

Getting active after knee replacement might raise hip fracture risk 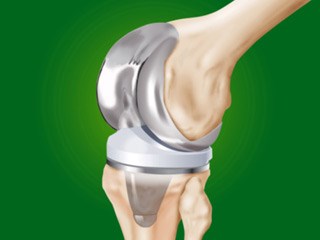 (HealthDay News) -- There could be a downside to knee replacement: As people get more active, their odds for hip and spinal fractures rise, a new study suggests.

One expert wasn't surprised by the finding.

While the exact reason for the increase in hip and spine fractures isn't clear, it's most likely due "to improved mobility and activity as a result of the knee replacement surgery," said Dr. Caroline Messer, who specializes in bone loss at Lenox Hill Hospital in New York City.

"In addition, patients who chose to have the surgery rather than conservative management of osteoarthritis may have been the same individuals who were determined to lead very active and therefore somewhat riskier lifestyles in the future," said Messer, who directs the hospital's Center for Pituitary and Neuroendocrine Disorders.

Almost 720,000 total knee replacements are carried out in the United States alone each year, according to the U.S. Centers for Disease Control and Prevention.

The new study was led by C.H. Vala, of the Sahlgrenska Academy in Sweden, and involved the medical records of Swedes born between 1902 and 1952. More than 3,200 had a total knee replacement and a subsequent hip fracture, according to medical records dating from 1987 to 2002.

"The increasing risk for hip and vertebral fracture in the 10 years after knee replacement may be explained by pain, increase of physical activity due to rehabilitation, and other biomechanical factors," Vala said in a foundation news release.

The study wasn't designed to determine cause-and-effect, however, and Messer said that she "would certainly recommend further research before concluding that total knee replacement is a risk factor for future fractures."

The U.S. Centers for Disease Control and Prevention has more on hip fractures among older adults.