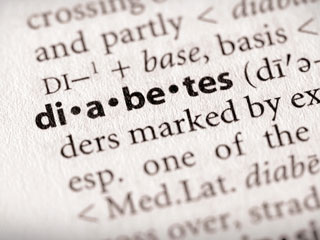 (HealthDay News) -- Adults with diabetes die earlier and suffer longer with disabilities than men and women without the blood-sugar disease, researchers are reporting.

Type 1 and type 2 diabetes will shorten the lives of 50-year-old men and women by more than three years. And only about 13 of their remaining years will be disability-free, the new study found.

"People with diabetes are spending a significant proportion of life with disability," said lead researcher Dianna Magliano. She is head of the diabetes and population health laboratory at Baker IDI Heart and Diabetes Institute in Melbourne, Australia.

Elevated blood sugar levels associated with diabetes lead to blood vessel complications that can cause vision loss, movement problems and amputations. Other disabilities not usually tied to diabetes include a decline in brain functioning, Magliano said.

"We need to undertake research to understand the mechanisms by which diabetes leads to disability," she added. "This will then help with the development of strategies to prevent disability in diabetes, which in turn may lead to more years lived disability-free."

At age 50, a diabetic man can expect to live another 30 years, on average -- about 17 of them with disability. A woman that age with diabetes will likely live about 34 years, but she will be burdened with disabilities for roughly 21 of those years, the study authors estimated.

Compared to their healthy peers, diabetic men will lose 8.2 years of living without disability and women 9.1 years, the researchers said.

Another diabetes expert who wasn't involved in the research welcomed the study.

"The worldwide epidemic of diabetes continues, so the findings from Australia are not surprising," said Dr. Joel Zonszein, director of the Clinical Diabetes Center at Montefiore Medical Center in New York City.

In the United States, one-third of patients with diabetes are not even aware they have the disease, he said, and one-third who are aware of having the disease are not treated.

"The sad news is that the ones that are treated are not treated at goal, and less than half have their blood sugar controlled, and 80 to 90 percent are not treated for high blood pressure or high cholesterol," Zonszein said.

Nonetheless, the survival and disability-free survival of patients with diabetes have improved significantly, he pointed out.

"This study is another wake-up call to revise our current practice," Zonszein said. He noted that the United States doesn't do enough to prevent diabetes.

"We have the tools to provide an earlier and more aggressive treatment for this common disease," he said.

Prevention measures for type 2 diabetes generally include lifestyle changes, such as weight loss, exercise, a healthy diet and not smoking.

More than 400 million people worldwide have diabetes, with most nations reporting sharp increases in recent decades, due to rising rates of obesity, according to background notes in the report. And, approximately one-third of people 25 or younger are likely to eventually develop diabetes, the study authors said.

The study findings were published April 14 in the journal Diabetologia.

For more on diabetes, visit the American Diabetes Association.