Hunger sending some Americans to the hospital

Hunger sending some Americans to the hospital 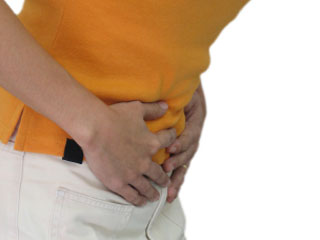 WEDNESDAY, April 13, 2016 (HealthDay News) -- More than half of Americans with high rates of hospitalization either don't have regular access to healthy food or are at risk of not having enough food at home, a small study suggests.

The study highlights obstacles to getting enough food, including people's dependence on others to provide and prepare meals, and not knowing what food resources are available in their community, the researchers said.

Study co-author Etienne Phipps, director of the Center for Urban Health Policy and Research at Einstein Healthcare Network in Philadelphia, said patients with frequent hospital admissions often are frail or have difficulty walking.

"In our study, most of the people could not shop by themselves. They either couldn't get there, they couldn't carry the food [or] they couldn't prepare it," said Phipps, who led the investigation.

They believe their analysis may be the first to examine hunger among people with high rates of hospital use.

Patients were considered high users of hospital services if they had three or more inpatient visits in a 12-month period.

Rocco Perla is president of Health Leads, a Boston-based organization that helps connect patients to community resources people need to be healthy, including things like food, electricity and transportation.

Having regular access to healthy food is a major health issue, not only in urban America but across the country, he said.

"If you can keep someone out of the hospital or health system because they have access to a food pantry, that's a heck of a lot more cost effective than directing them through the machinery of the health care system," Perla said.

For the study, researchers questioned 40 adult patients at Einstein Medical Center in Philadelphia between March and May 2015.

The researchers used hospital billing data to identify high hospital users -- those admitted at least three times in the previous year. Forty-three percent had five or more inpatient admissions in that time.

The majority of study participants were black women. Their average age was just over 60. Almost half lived in very poor neighborhoods, and most had six or more chronic conditions.

Only one was wheelchair-bound and only one was homeless, yet they all relied on outside help to get food, Phipps said.

"Everybody had somebody, whether it was a neighbor or a minister or a friend or a family member, who brought food to them," she said.

Thirty percent of patients met the USDA's definition of having problems obtaining healthy food while another 25 percent were at risk of having food access problems.

As a first step, hospitals should begin communicating with patients to understand whether they have enough food and appropriate food, the study authors concluded.

The federal government, meanwhile, is leading an effort to build bridges between medical care and social services.

In January, the U.S. Centers for Medicare & Medicaid Services announced plans to invest up to $157 million in a five-year pilot program. It's designed to help vulnerable Medicare and Medicaid beneficiaries learn about and connect with community services to improve their access to food, housing, transportation and other health-related social services.