Why do some kids escape terrible genetic disorders?

Why do some kids escape terrible genetic disorders? 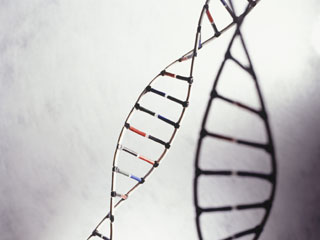 (HealthDay News) -- Some severe genetic birth defects, like cystic fibrosis, are considered inescapable, automatically dooming children to disease or disability if they inherit a mutated gene from their parents.

But researchers now have found rare instances where children have beaten the odds and defied their genetic destiny.

Analysis of nearly 600,000 people's genetic makeup revealed 13 healthy individuals who should have suffered a terrible childhood disease due to their genetics, but for some reason did not.

Figuring out how certain people are able to dodge their genetics could provide solutions to some of mankind's worst birth defects, said senior researcher Dr. Stephen Friend. He is the president of Sage Bionetworks, a nonprofit biomedical research organization in Seattle.

"If you want to develop therapies for prevention, if you want to come up with ways of not just finding the cause but ways of preventing the manifestations of disease, we now have tools that allow us to search for people who should have gotten sick among normal individuals," Friend said. "Study the healthy. Don't just study the sick. If you do, there are people who can give us insight," he added.

Dr. Edward McCabe, senior vice president and chief medical officer of the March of Dimes, said such research could help find other "modifier" genes that protect some rare and lucky people against devastating genetic mutations.

Drugs or therapies that mimic the function of those modifier genes could help treat or prevent birth defects, he suggested.

"It's a first step toward a new strategy to identify therapeutic interventions," McCabe said of the new study.

The results were published online April 11 in the journal Nature Biotechnology.

Friend and his colleagues focused on so-called Mendelian disorders, genetic diseases passed from parent to child that can begin early in childhood and are usually caused by mutations in just one gene.

The mutated genes are assumed to be completely "penetrant" -- in other words, anyone who carries the mutation will fall prey to the disease it causes.

Taking a different approach from prior researchers, Friend's team decided to look among healthy people for those who carry a disease-causing mutation but didn't get sick.

The researchers gathered genetic data for about 590,000 individuals, through the cooperation of a dozen other research projects that already had done genetic testing on scores of people.

The investigators checked each person for 874 genes that have completely penetrant mutations previously linked to 125 different Mendelian disorders. The health records of people carrying a mutation were checked to see if they had developed any disease symptoms, however subtle.

The analysis uncovered 13 individuals who appeared to be completely resilient to one of eight Mendelian childhood conditions.

Unfortunately, the research team could not perform further study on the 13 individuals, because the people's consent forms included a clause that does not allow researchers to recontact them.

"The reality is we could not go back and recontact any," Friend said. "It's almost as if I got the wrapping off the box, but couldn't open the box to see what's inside."

Follow-up with these people could have shown if they have a specific gene that protected them, or if some environmental factor helped them ward off a usually unstoppable genetic disorder, he said.

Some of the study's co-authors, who are with Mount Sinai's Icahn School of Medicine in New York City, are performing new studies based on these results in which they will follow up with other people who should have fallen ill to a genetic disorder but have not, Friend said.

"I have a feeling these prospective resilience projects will allow us to find individuals and detect genes that are going to be directly helpful in developing prevention," Friend said.

But given the rarity of these resilient people, researchers expect they will have to analyze the genetics of many millions of people to find those lucky few, he added.

For more on genetic disorders, visit the U.S. National Institutes of Health.