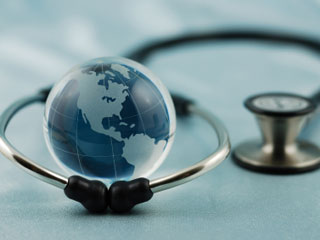 (HealthDay News) -- The cost of health care that could save the lives of millions of children and their mothers every year would be less than $5 per person, researchers report.

The money would expand basic health services -- such as birth control, nutritional supplements and medication to treat serious illnesses such as pneumonia and malaria -- in 74 low- and middle-income countries. Those countries account for more than 95 percent of mother and child deaths each year, according to the study published April 9 in The Lancet.

The researchers reported that, worldwide, in 2015 nearly 6 million children under age 5 died, as did more than 300,000 women from pregnancy-related causes.

"Many of these deaths could be prevented if high-impact and affordable solutions reached the populations that needed them most," study leader Dr. Robert Black said in a John Hopkins University news release. Black is a professor of international health in the university's Bloomberg School of Public Health.

"Our analysis shows that expanding access to care to keep more mothers and children alive and healthy is feasible, and a highly cost-effective investment," he added.

The researchers said expanding basic health services could prevent the deaths of 1.5 million newborns, 1.5 million children and 149,000 mothers. That would reduce overall deaths in the three groups by half.

The researchers concluded that making family planning services more widely available could prevent nearly 28 million pregnancies and save 1.5 million lives a year. The study findings indicate that increased access to birth control could prevent the deaths of 67,000 mothers, 440,000 newborns and 473,000 children. It could also prevent an estimated 564,000 stillbirths a year, the researchers said.

It would cost an estimated $4.70 per person annually to improve basic health services in poorer regions of the world, the study found.

"For less than $5 per person, essential health services could reach the people who are most in need of them. Community health workers or primary health centers can deliver the majority of these services, which reduces the cost of expanding coverage," Black said.

GlobalHealth.gov has more on maternal and child health.