Cost of insulin rises threefold in just a decade

Cost of insulin rises threefold in just a decade 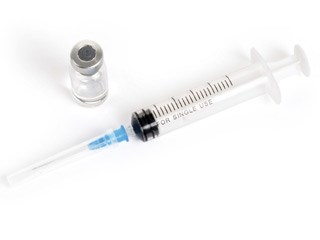 (HealthDay News) -- Americans with diabetes who rely on insulin to keep their blood sugar levels in check are facing sticker shock: A new study finds the price of insulin has tripled in only 10 years.

Moreover, since 2010, per-person spending on insulin in the United States was more than spending on all other diabetes drugs, the study found.

"The cost of insulin has risen rapidly over the last few years," said study senior author Philip Clarke, a professor of health economics at the University of Melbourne in Australia. Clarke added there should be an assessment to see whether this price hike is justifiable in terms of improved clinical outcomes.

One reason for the price climb, he said, is a switch from human insulins to analog insulins, which cost more but may offer additional benefits. Also, doctors are more apt to prescribe insulin for people with type 2 diabetes now, Clarke added.

Findings from the new study are published as a letter in the April 5 issue of the Journal of the American Medical Association.

Insulin is a naturally occurring hormone that's necessary for the body to use the sugars found in foods as fuel. People with type 1 diabetes don't make enough insulin to survive and must inject insulin to stay alive, according to the American Diabetes Association (ADA).

In type 2 diabetes -- the more common form of the disease -- the body's cells become increasingly resistant to insulin. These people may also need to take insulin injections, the ADA says.

For the study, Clarke and his colleagues teamed up with researchers from the University of Michigan. The investigators gathered information on nearly 28,000 people treated for diabetes, looking to see what patients and their insurance companies paid for insulin and other diabetes medications from 2002 to 2013.

During the time period studied, insulin's cost rose from $231 a year per patient to $736. The average amount of insulin used also went up -- from 171 milliliters (mL) to 206 mL, the researchers said.

Additionally, the researchers found the per-milliliter cost jumped from $4.34 to $12.92 during the study period.

In 2013, someone on an analog insulin could expect to pay about $508 for a year's worth of insulin. The annual cost of all the other diabetes drugs combined was about $503 per person, the study found.

Two insulin manufacturers question whether the study actually captured where the rising costs are coming from.

"The 'list price' of insulin -- typically the center of the price discussion -- is not what manufacturers receive; rather it is a starting point for negotiations with payers, wholesalers, and others involved in the distribution process," said a statement from Eli Lilly & Co., an insulin manufacturer.

Andrew Purcell, vice president and head of the diabetes business unit at Sanofi, said the Affordable Care Act has ushered in some changes that might lead to sticker shock when patients get their prescriptions.

"Historically, people have typically been paying co-pays of around $30 to $50, but with the growth of high-deductible health plans, the average deductible is over $1,000," he said.

That means until someone has reached that deductible, they may be paying the list price for their insulin, instead of the price negotiated by their insurer. Purcell said that more education on health insurance options, particularly for people with chronic illnesses such as diabetes, might help. Someone with a lot of chronic illness expenses may not want to be in a high-deductible plan because of the high upfront costs, he explained.

The Affordable Care Act, often called Obamacare, was enacted in 2010, and enrollment became mandatory in 2014.

Lilly and Sanofi have programs to help people who cannot afford their medications.

Study author Clarke said some help may be on the horizon. "Competition may start to emerge as the patents for several of the analog insulins have expired," he said.

He added that the U.S. government may also be able to influence pricing as it negotiates insulin priced for Medicare Part D.

The American Diabetes Association has more about paying for diabetes medication.