More of world's people are now obese than underweight

More of world's people are now obese than underweight 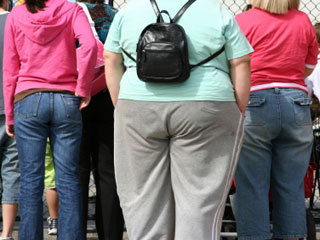 The researchers added that about one-fifth of adults could be obese by 2025.

Over the same time, the proportion of underweight people fell from 14 percent to 9 percent of men and from 15 percent to 10 percent of women, according to the study.

The findings were released online on March 31 in The Lancet.

"Over the past 40 years, we have changed from a world in which underweight prevalence was more than double that of obesity, to one in which more people are obese than underweight," said study senior author Majid Ezzati, a professor at Imperial College London's School of Public Health, in England.

"If present trends continue, not only will the world not meet the obesity target of halting the rise in the prevalence of obesity at its 2010 level by 2025, but more women will be severely obese than underweight by 2025," he said in a journal news release.

"To avoid an epidemic of severe obesity, new policies that can slow down and stop the worldwide increase in body weight must be implemented quickly and rigorously evaluated, including smart food policies and improved health care training," Ezzati said.

Despite the findings, extremely low weight remains a serious public health problem in the poorest parts of the world, the researchers noted. For example, nearly one-quarter of people in south Asia are underweight, as are 15 percent of men and 12 percent of women in central and east Africa.

The study findings reflect "a fatter, healthier but more unequal world," wrote George Davey Smith in an accompanying journal editorial. He is a professor of clinical epidemiology at the University of Bristol, in England.

"A focus on obesity at the expense of recognition of the substantial remaining burden of undernutrition threatens to divert resources away from disorders that affect the poor to those that are more likely to affect the wealthier in low-income countries," he noted.

The U.S. National Institute of Diabetes and Digestive and Kidney Diseases outlines the health risks of being overweight.