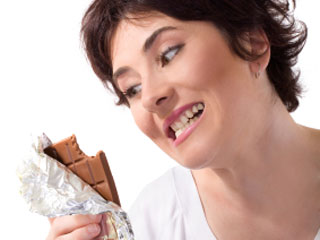 (HealthDay News) -- Breast cancer patients fond of midnight snacking may be at a higher risk of a breast cancer recurrence, according to new research.

"Women whose usual nightly fast was less than 13 hours had a 36 percent increased risk of having a recurrence of the breast cancer over about seven years [of follow-up]," said study co-author Ruth Patterson, of the University of California, San Diego.

"We considered recurrence either [cancer] at the same site or a new primary [cancer]," said Patterson, associate director of population sciences at the university's Moores Cancer Center.

Previous research done on rats found that prolonged nighttime fasting can be protective against high blood sugar (glucose) levels, inflammation and weight gain, all of which are linked with poor outcomes for cancer, the researchers said.

So Patterson's team looked at data from more than 2,400 women enrolled in the Women's Healthy Eating and Living study, between 1995 and 2007. The women, aged 27 to 70, had been diagnosed with early stage breast cancer. The aim of the study was to look at whether a diet very high in fruits and vegetables could reduce the risk of cancer recurrence, Patterson said. No differences were found, but researchers continue to draw data from the study to look at other outcomes and associations.

Using self-reported dietary data, the researchers found that, overall, the women had an average fasting duration of 12.5 hours nightly. An eating episode was termed as consuming anything totaling at least 25 calories after 8 p.m.

The researchers found only a link, or association, to the lower fasting time and cancer recurrence, Patterson said, so it's too early to make a recommendation. She can only speculate as to why the link was there. The association does not prove a cause-and-effect relationship.

"Circulating sugar levels can be fuel for tumors," Patterson said. "We have a lot of data suggesting that when people have bad sleep or shorter sleep duration, they may have a higher cancer risk."

In addition, the investigators found that those who fasted longer had lower hemoglobin A1C levels -- a measure of blood glucose levels over the past three months -- and also had a longer sleep duration.

The length of nighttime fasting, however, did not affect the risk of death from breast cancer or any cause during the follow-up period, according to the study, published online March 31 in JAMA Oncology.

"Evolutionary-wise, we developed to eat when it is light, when we were out hunting and gathering," Patterson said. "You should be eating when you are moving. When we go against these natural rhythms, it appears that your body clock is out of sync, and this can lead to poor metabolic health."

That poor health, in turn, could raise the risk of cancer returning, experts believe.

The study finding is "provocative," said Dr. Joanne Mortimer, director of the Women's Cancer Program at City of Hope in Duarte, Calif. She reviewed the study and agreed that it's too early to make a broad recommendation for cancer patients. "It's an interesting observation and it needs to be studied more," she said.

"I think sleep, diet and weight control are all kind of related," Mortimer added. Many of her breast cancer patients report sleep problems, she said. Those who fast and get better sleep may be less likely to develop metabolic syndrome, a clustering of conditions (such as high blood pressure, high blood glucose, low "good" cholesterol) that raise risks for heart disease and other problems, she suggested.

To learn more about sleep and cancer risk, visit the National Sleep Foundation.