Could a low-risk surgery help your chronic heartburn?

Could a low-risk surgery help your chronic heartburn? 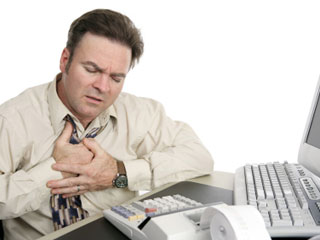 (HealthDay News) -- A minimally invasive surgery to treat chronic heartburn is safer than generally believed, and could be a desirable alternative to long-term use of acid reflux medications, new research indicates.

Experts contended the surgery might be underutilized, especially in light of increasing safety concerns about acid reflux drugs.

"One of the main arguments against surgery when choosing between [drug] and surgical treatment for severe GERD is the risk of mortality," said study author Dr. John Maret-Ouda. He is a physician and doctoral student in upper gastrointestinal surgery at the Karolinska Institute in Sweden.

The study results were published in a recent issue of the British Journal of Surgery.

GERD occurs when the muscle at the bottom of the esophagus doesn't close properly, allowing stomach acid to leak back up and cause irritation. The resulting chronic heartburn is uncomfortable, and can lead to cellular changes that develop into esophageal cancer. GERD affects up to 20 percent of people in the United States, according to the U.S. National Institute of Diabetes and Digestive and Kidney Diseases.

Drugs known as proton pump inhibitors, or PPIs, can reduce stomach acid production. Brand names for such medications -- one of the top-selling drug classes in the United States -- include Prilosec, Prevacid and Nexium. But long-term use of such medications has been potentially linked to some serious health conditions, such as dementia.

Maret-Ouda and his team analyzed 30-day and 90-day death rates after laparoscopic fundoplication surgery for GERD among nearly 9,000 patients. The surgery, which uses several tiny incisions in the abdomen, detaches part of the stomach from the spleen and wraps it around the esophagus, forming a tighter barrier between the stomach and esophagus to prevent acid reflux.

Only one death during the 16-year tracking period was surgery-related, and the 30-day and 90-day death rates were 0.03 percent and 0.08 percent, according to the study.

"Surgery creates a barrier, preventing reflux into the esophagus, while proton pump inhibitors mainly act through reducing the acidity of the gastric contents but not reducing the reflux in itself," Maret-Ouda said. "Moreover, studies comparing surgery to medication with proton pump inhibitors have found that surgery is superior to medication in aspects of symptom control and acid exposure in the esophagus."

Two U.S. experts agreed with Maret-Ouda's assertion that GERD surgery rates have declined in recent years because of the marked increase in PPI use and the perception that surgery carried an unacceptably high death risk.

"What we've seen here since 1999 is a fairly dramatic decline in the use of this surgery, in part due to the reputation of the surgery. If you ask the average doctor, they'll say the mortality rate is around 1 percent, so that's been a major deterrent," said Dr. John Lipham, director of the Digestive Health Center at the Keck School of Medicine at the University of Southern California.

"I think this [new research] is a big relief, because upwards of 40 percent of patients with reflux on PPIs are either not getting good control of their symptoms or do not want to be on them because of their long-term risks ... but hesitate to have surgery," he added.

Lipham said most health insurers will pay for laparoscopic GERD surgery, which costs between $15,000 and $30,000, depending on the surgeon and hospital. The operation is considered "routine," he added.

The cost of PPIs, which are available over-the-counter and by prescription, can vary dramatically, ranging from $17 to more than $160 per month, according to Consumer Reports.

Dr. Kumar Krishnan, a gastroenterologist at Houston Methodist Hospital in Texas, noted that the benefits of fundoplication surgery for GERD can be limited. Also, the surgery may have to be repeated about once a decade, he said.

"One of the questions patients have is, they don't want to take medications for the rest of their life, but the durability of this surgery is finite and [patients] may need a re-do," Krishnan said. "Patients also need to know that occasionally they may need to get placed back on medications despite having the surgery."

The U.S. National Institute of Diabetes and Digestive and Kidney Diseases offers more about GERD.