Is your doctor trustworthy? Past records tough to find

Is your doctor trustworthy? Past records tough to find 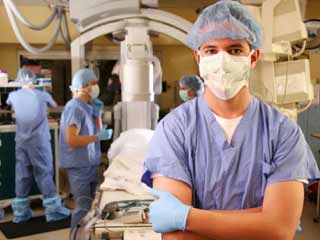 TUESDAY, March 29, 2016 (HealthDay News) -- Most Americans would want to know if their doctor has a troubled past, but getting that information is difficult, a new report finds.

Thousands of practicing doctors in the United States are on probation for offenses such as sexual misconduct, drug addiction or unprofessional treatment of patients, according to Consumer Reports.

A survey by the nonprofit group found that 82 percent of respondents said doctors should have to tell patients if they're on probation and why, and two-thirds support banning doctors from practicing medicine until their probation ends.

However, Consumer Reports says that the American Medical Association and state medical boards have thwarted attempts to make it easier for patients to learn about doctors' transgressions.

"The onus shouldn't be on patients to investigate their physicians," Lisa McGiffert, director of the group's Safe Patient Project, said in a news release from the group. "Doctors on probation should be required to tell their patients about their status, and explain the reasons behind it."

The data bank is not open to the public. Access is restricted to hospitals, doctors, insurance companies, law enforcement, and a few other select groups.

"You can find out more about the safety record of your toaster and whether or not it's going to catch on fire than you can find about your physicians," patient-safety advocate Robert Oshel, the former associate director for research and disputes at the NPDB, said in the news release.

His analysis of NPDB data revealed that fewer than 2 percent of doctors nationwide were responsible for half of the $85 billion in malpractice payouts made since the federal government began gathering malpractice data.

Multiple, large malpractice settlements against a doctor "can be a warning sign ... suggesting that if licensing boards and hospital peer reviewers were willing to either get these doctors to stop practicing or get retraining, we'd all be better off," Oshel said.

However, since the NPDB data is private, the average patient must rely on state medical boards for information. Many of those boards have complicated websites, Consumer Reports said, or require patients to go through time-consuming processes to get information about doctors.

Consumer Reports assessed medical board websites in all 50 states and found that those in California, Massachusetts and New York were the best, and those in Hawaii, Indiana and Mississippi were the worst.

"The system of disciplining physicians needs to be more transparent, reliable and accessible for patients," McGiffert said. "Consumers need quick and easy access to this information to make educated choices about the physicians they see and the health of themselves and their families."

In the meantime, how can you be assured that your doctor is trustworthy? Researchers at the Peterson Center on HealthCare at Stanford University collected data on more than 15,000 U.S. primary care practices to try and answer that question.

The researchers found that the highest performing centers tended to offer a set of characteristics for patients, including:

The American Academy of Family Physicians offers advice on choosing a family doctor.