Cancer patients who choose to die at home live longer

Cancer patients who choose to die at home live longer 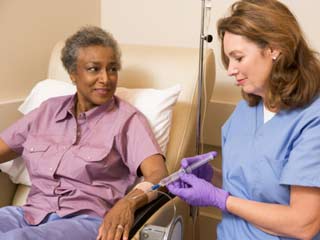 MONDAY, March 28, 2016 (HealthDay News) -- Cancer patients who chose to die at home lived longer than those who died in hospitals, a large study from Japan found.

Palliative care does not attempt to cure a person, but is often described as comfort care or symptom management.

Most people would like to be at home when dying, but there have been concerns about whether the quality of care would be the same as in a hospital, the researchers pointed out.

"The cancer patient and family tend to be concerned that the quality of medical treatment provided at home will be inferior to that given in a hospital and that survival might be shortened," said study author Dr. Jun Hamano, of the University of Tsukuba in Japan.

"However, our finding -- that home death does not actually have a negative influence on the survival of cancer patients at all, and rather may have a positive influence -- could suggest that the patient and family can choose the place of death in terms of their preference and values," Hamano added.

For the study, the researchers looked at almost 1,600 patients who died in hospitals and almost 500 who died at home.

The investigators found that those who spent their last days at home lived considerably longer.

The study results appear in the March 28 online issue of the journal Cancer, which is published by the American Cancer Society.

"Patients, families, and clinicians should be reassured that good home hospice care does not shorten patient life, and even may achieve longer survival," Hamano said in a journal news release.

The U.S. National Cancer Institute has more about palliative care.