'Difficult' patients may tend to get worse care

'Difficult' patients may tend to get worse care 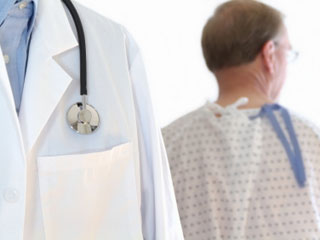 (HealthDay News) -- What happens to medical care when the patient is a jerk?

Dutch researchers asked the question in two new studies, and the answer should make grumps think the better of their bad behavior: "Disruptive" patients may get worse care from physicians.

The findings aren't definitive because the researchers tested how physicians responded in fictional vignettes, instead of real-life encounters. Still, the results suggest that patients who make a scene distract physicians from doing their jobs.

"Patients who behave disruptively by displaying disrespect or aggressiveness may induce their doctors to make diagnostic mistakes," said Dr. Silvia Mamede, who worked on both studies. She is an associate professor with the Institute of Medical Education Research Rotterdam at Erasmus Medical Center in the Netherlands.

"As might be expected, these behaviors provoke emotional reactions in doctors," she said.

But do these patients actually get worse care? Physicians have long talked about this question, but researchers haven't investigated that issue, according to Mamede.

The study authors could have monitored actual doctors' visits to find an answer, but Mamede said that approach would have been "virtually impossible" because each case is so different.

Instead, the researchers created vignettes about "neutral" patients and disruptive patients who do things such as make frequent demands, ignore the doctor's advice and act helpless. Then they asked physicians to diagnose the patients.

This approach is "feasible, ethical and reasonable," said Dr. Donald Redelmeier, senior core scientist with the Institute for Clinical Evaluative Sciences in Toronto. Redelmeier co-wrote a commentary accompanying the study.

In one study of 63 family medicine physicians from Rotterdam, "doctors made 42 percent more mistakes in disruptive than in non-disruptive patients when the cases were complex, and 6 percent more mistakes when the cases were simple," Mamede said. (The physicians did a better job when they had more time to think about their diagnoses; experts determined the correct diagnoses.)

The other study, which included 74 internal medicine residents, produced similar findings: In cases considered to be moderately complex, "doctors made 20 percent more mistakes in difficult compared to neutral patients," she added.

The studies don't provide information about how often the physicians got a diagnosis completely correct or missed it entirely. Instead, the researchers scored the diagnoses based on whether they were correct, partially correct or wrong.

It's not clear, she said, if poorer care will make disruptive patients even more frustrating to deal with over time, creating a vicious cycle of increasing disruption and more inaccurate diagnoses.

But Redelmeier said such a "negative feedback loop" is possible.

What can be done?

"Physicians should be trained to deal with these disruptive behaviors explicitly and effectively," Mamede said. "An aggressive patient can be calmed. A patient who displays lack of trust in his doctor can be referred to another doctor," she suggested.

As for patients, Redelmeier referred to the points he and a co-author make in the commentary. Patients, they explained, can try to channel their emotion into polite comments; for example, "Thank you for seeing me. I am frightened by what I am experiencing and that is why I am here looking for something that might help."

Still, the editorialists added, "real people . . . cannot always control their temper when suffering or in pain." More research is needed to figure out the best approaches, Redelmeier suggested.

The study was published online March 14 in the journal BMJ Quality & Safety.

The U.S. National Institutes of Health has more about talking to your doctor.